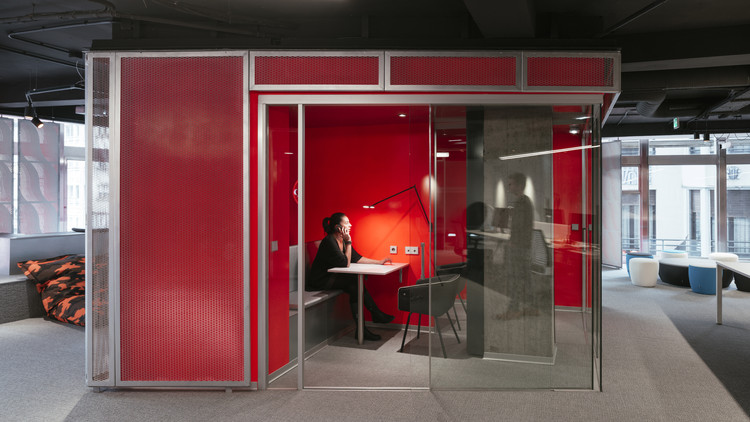 Text description provided by the architects. The commission consists on the design of the new headquarters of a technological company: an open-plan office for 50 people, with three meeting rooms, lecture area, two little cubicle for individual use, and numerous spaces for workers to interact. In definitive, an innovative environment that empowers creativity and communication.

Making the most of the original characteristics of the premises, the final target of the project is to achieve a totally continuous space, both at visual and accessible levels.

The brief has been organized around three "enclosed" volumes: two of them are existing and the third one is new, smaller and has been strategically situated. This arrangement allows a functional differentiation without requiring any door. As a result the office is totally permeable and there are no useless zones, empowered this aim by the conception of the meeting rooms as "semi-open" spaces.

The volumes are painted in neon orange, the corporate colour, and cladded with a double skin of galvanized steel sheet, which has been arranged in such a way that allows internal itineraries and filters the views, besides being the integrative element of several technological devices and functional elements such as the "videowall" in the working area.

The facade has been fully freed in order to maximize the continuity and entrance of natural lighting. This "single-plane" idea is emphasized by the disposition of an interior and parallel system of sliding louvres that provides the solar and darkening control. These louvres also improve the acoustic conditions because they have been fabricated using the sound absorbent panels recovered from the old suspended ceiling.

The rest of the materials have been chosen following neutrality and functionality principles: the concrete columns have been naked; the suspended ceiling has been eliminated in order to increase the interior height perception; the ceiling has been painted in black, as well as all the services devices and cables, making them invisible above the suspended lighting; the floor is grey and carpeted for better sound absorption; and the rest of the walls are white, except the 12 meters panelled wall in the kitchen and resting area, that has been conceived as a canvas for a high size graffiti. 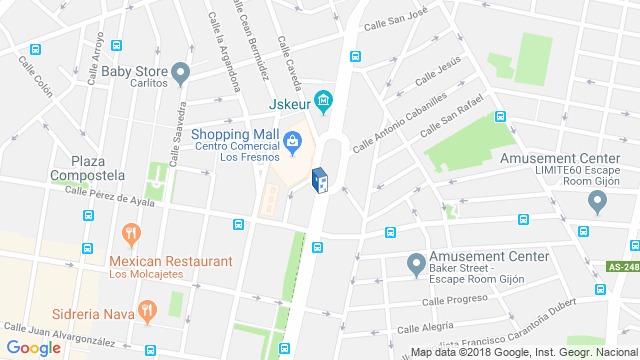 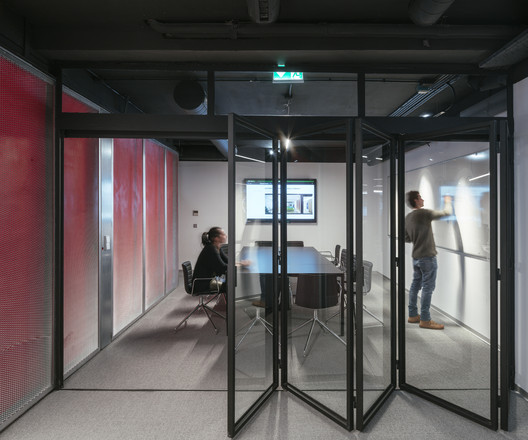