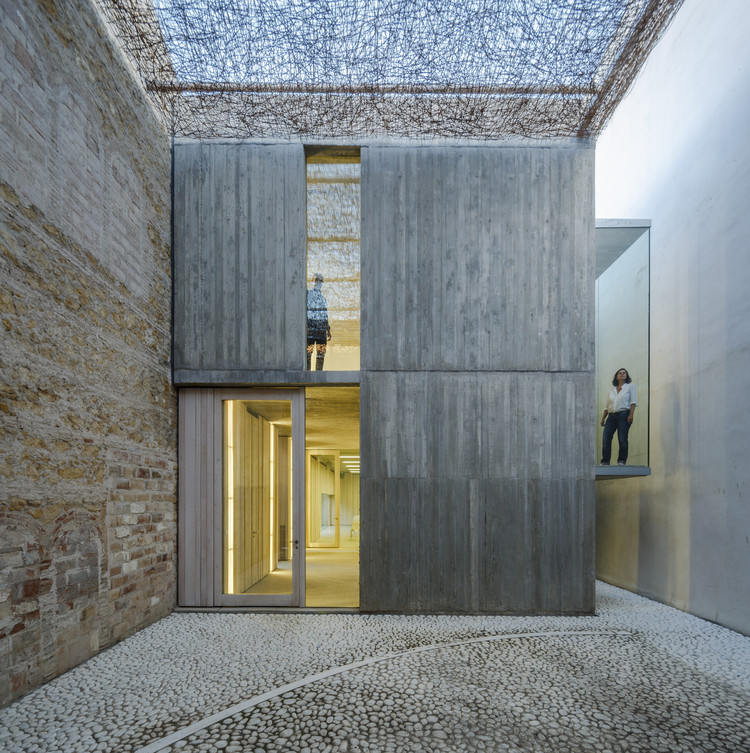 Text description provided by the architects. In the middle of the local urban center, embedded between facades of different height, stands a braided fence of natural rods that reaches the roof of the neighboring building - the former Manuel Siurot School - which, after sliding gently on the pavement, unfolds before the pedestrian of Miguel Hernández street, a semi-covered urban courtyard inspired by the covered promenades of the region.

As a backdrop to this great "open-air hall" (solemn expression of a public interior) stands the facade of a new facility for training purposes and the promotion of business activities of the region which, set perpendicularly to the access road, extends until reaching the back of the plot, partially occupying the residual gaps of the old school.

It is a compact concrete construction two floors high, with a constant section that allows the interior connection with the adjacent building and is open - on the south - to a great interior patio, where a garden and a vertical covered walkway similar to the facade, temper the chaotic image of walls and facades that envelop it, while creating a new urban public space within the city block.

At the same time, it serves as a counterpoint to a second longitudinal courtyard adjacent to the northern facade, that is visually connected to the previous courtyard through the main room on the ground floor, enables cross ventilation and alternative circulation, allows the privacy of the upper floor and sifts natural light into the rooms.

Internally, the functionality of the construction is simple, with a reduced and transformable program solved with only three materials (concrete, glass and wood), whose bare and daring nature transfer the strong exterior expression to the interior. 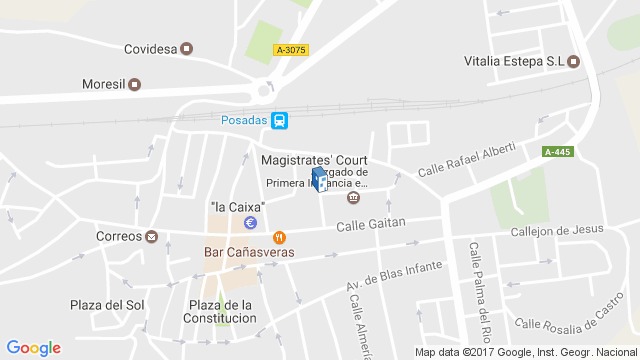 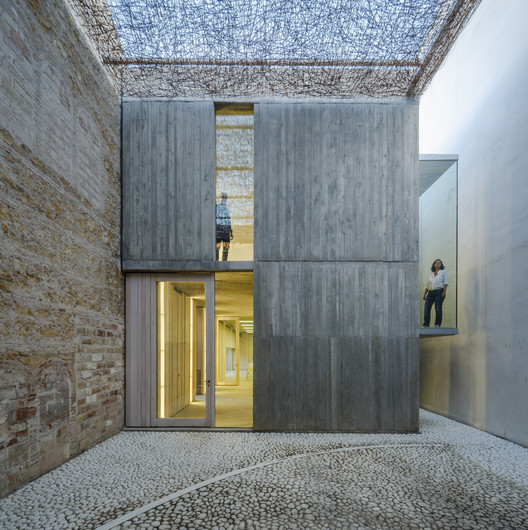