Text description provided by the architects. Identifying the Problems

The construction of large and medium-sized theaters in second- and third-tier Chinese cities has been in full swing since the beginning of the new century. However, such theaters have faced various problems regarding their operation and maintenance. Our survey of nearly twenty cases has been conducted and the results can be summed up as follows:

Due to these problems, some of the urban theaters can stage only a couple of performances each year. Instead of functioning as the “cultural parlor” of the cities, they have become financial liabilities for the local governments.

Together with the Cultural Bureau, we have devised the following strategy to be carried out during architectural programming for Weinan, a third-tier city:

In the absence of a central hall leading to multiple rooms, the project will be in the form of an art cluster composed of three buildings. Highlighting local features, the asymmetrical layout serves to mitigate the rigidity of the main axis of the central administrative area and enhance the sense of a building cluster. Shaanxi opera features a sonorous tune and intense passion. Based on such cultural attribute, the buildings are different deformations of stylistic box, contrasting with each other yet remaining consistency. The three buildings face different directions and converse with each other, as it were, producing a sense of place.

The materials for the exteriors of the three buildings are traditional local gray bricks, stones, and glass curtain walls respectively. A textural contrast is highlighted between the brick walls, which are built into an undulating texture, and the glass curtain walls, which have gaps between the plates that can form gray space for reducing energy consumption. The vertical surfaces of the gray bricks have 2-cm, 6-cm and 10-cm projections, whose chiaroscuro can enliven the whole building. The oblique lines of the section steel are actually designed to echo with the texture of the large green space in the cultural and administrative center area; they extend from the walls to blend with the ground, forming a homogeneous relationship with the landscape. The window hoods on the southern wall are shaped into multiple corbel steps in an ode to the traditional architecture of Guanzhong. On the neatly-shaped site, a special ambience is created by the irregular design of the landscape and the pool as well as the diversity of architectural forms and surface textures. 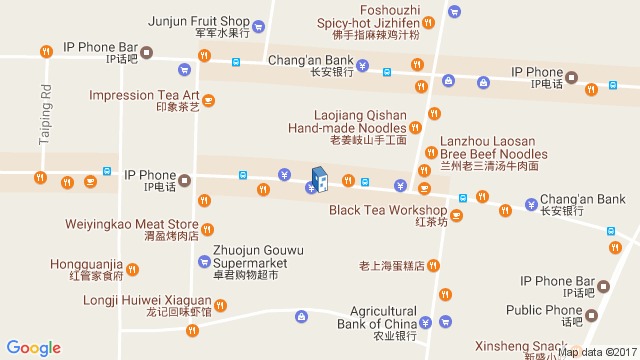