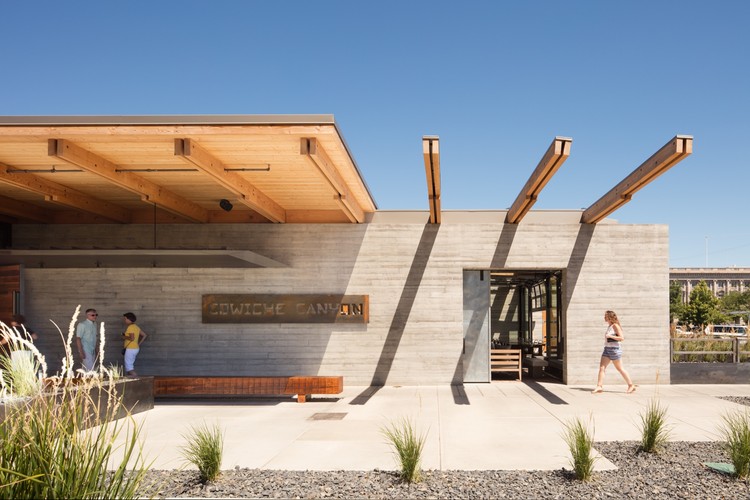 Text description provided by the architects. The first half of the 20th-century was a time of growth and dignity for downtown Yakima. Presidents Roosevelt and Taft visited the emerging agricultural center where the main street featured fountains, grand theaters, and stately, multi-story brick-and-masonry buildings. By mid-century, however, most of these structures had been demolished to make way for parking lots as businesses struggled to keep their downtown relevant and residents fled to the suburbs.

A local family with long-standing ties to the agricultural heritage of the region sought to counteract this decline by combining their interest in food with their desire to help revitalize downtown Yakima. They chose a site in the downtown core and created a restaurant and bar featuring local food and drink, setting their dream in motion. From the project’s honest use of materials celebrating the agricultural vernacular and history of the valley to the synergies resulting from strategic placemaking, the project provides a much needed shot in the arm for civic renewal.

The two elements of the project—restaurant and bar—are conceived as distinct yet connected structures that weave together where they meet. The Icehouse Bar, a board-formed, cast-in-place concrete structure pulled tight to the sidewalk’s edge, maintains the street facade established by the existing historic buildings. The Kitchen, essentially a timber-structured, glass-walled pavilion, is pulled back from the sidewalk to open up the corner via a small plaza with restaurant seating.

The Kitchen is elegant yet approachable in its aesthetic, with the dining room and kitchen area all under one roof to put the preparation of food at center stage. Surrounding seating affords views of the chefs at work. Wrapped on three sides with large windows, the dining area opens to the neighborhood, visually and symbolically merging the activity inside with the neighborhood beyond. The structural system is exposed, typical of agricultural vernacular buildings throughout the region. A casual dining area at the back of the restaurant connects to a public plaza through garage doors, offering a protected patio setting for three-season dining.

The bar is an appropriately moody environment, emphasizing natural and repurposed materials. A zipper skylight situated above the bar washes the bar wall with light. Vintage ice tongs hold cast glass cubes topped with a light source, illuminating the glass from within and creating an aqueous light effect over the bar. An off-center pivoting steel and glass door with inset pilot door provides access between the bar and exterior bar seating.

The Kitchen and Bar are separated by a board-formed, cast-concrete wall punctuated by a series of vertical vents. The vents create interesting light-and-shadow play and offer glimpses into each venue. Rafter tails slip through the vents to become a unifying gesture between venues. They also serve as supports for custom lights made from vintage smudge pots, referencing the region’s fruit industry.

The materiality of the project recalls the agricultural vernacular of the valley and highlights the honest beauty of materials used in their natural or weathered state. Repurposed concrete form boards and formwork are used for ceilings and feature walls, including the wall behind the bar. Sun shades and exterior lighting suspended from angled wood poles, like those used for staking fruit or vines, are yet another nod to the area’s agricultural heritage and complete the transition from building to city to region.

The Cowiche project has spurred the transformation of an adjacent municipal parking lot to a new central city plaza. The plaza is envisioned to become the centerpiece of an even larger urban revitalization effort.

Product Description. The board formed concrete walls and exposed wood structure recall the agricultural vernacular architecture of the Yakima Valley. The board formed concrete box that houses the Icehouse bar sets the bar apart from the restaurant while anchoring the entire building to the site and the context of the adjacent buildings. The concrete walls also support the wood structure so it can float above and create the open volume of the restaurant. 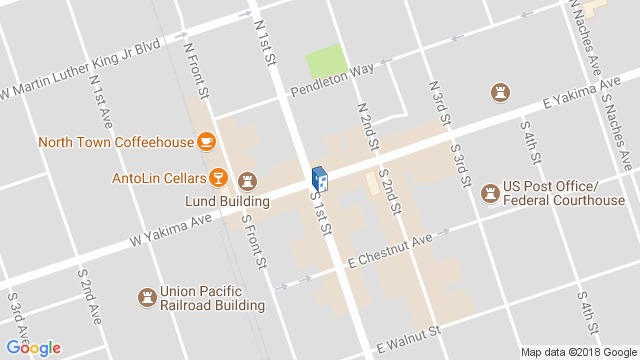