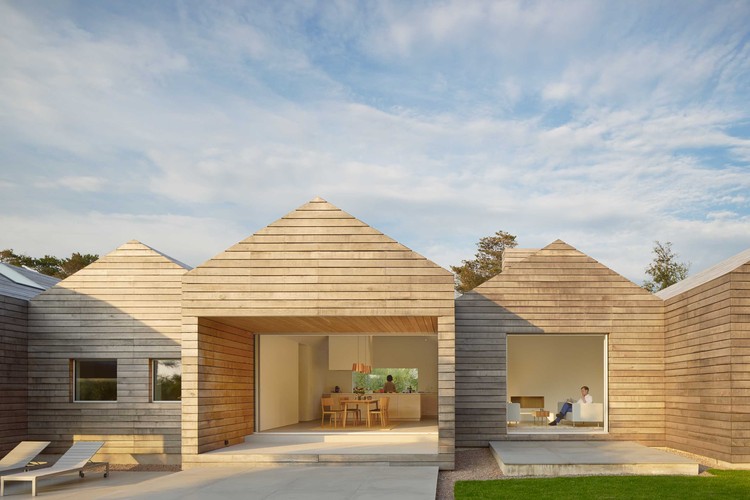 Text description provided by the architects. Villa N1, designed by Jonas Lindvall of Malmö-based architecture and design studio, Lindvall A & D, is a single-family summerhouse located on the west coast of Sweden. It is situated in an area that was once a popular holiday region, but is now inhabited all year-round. Drawing on the vernacular of the region, which is renowned for its wooden barns with horizontal planks, the 190 m2 single-storey house is built entirely of wood, including the façade and roof.

Villa N1 comprises five interconnected pavilion-like volumes, organised in a sequence. The children’s bedrooms and master bedroom sit at either end of the main communal areas. Inspired by the typology of the traditional pitched-roof barn, its language is more modernist. The objective was to create a building that is rooted in history, while at the same time totally modern. This is particularly apparent within the interior. The architect created rhythm by mixing the depths of each volume. In addition, the architecture follows the sloping topography of the site, which to some extent differentiates the areas not only in plan, but also in section. On the west-facing side, the children's playroom and master bedroom are placed at a lower level.

While the use of wood for the external façade was integral to the concept, so was the choice of materials used within the interior. The austerity of the architecture allows the materials to stand out without distraction. The master bathroom is made entirely from Carrara marble. The objective was to create an opulent contrast to simplicity of the untreated wood façade, reminiscent of trinket boxes. Throughout the rest of the house, Pietra Serena stone floors within the hall and main areas continue beyond the windows that slide into pocket walls, linking interior and exterior spaces. The villa was completed in 2014. 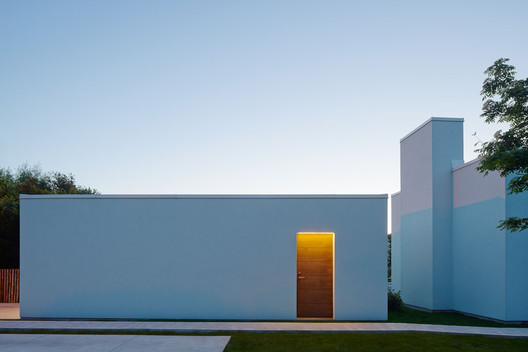 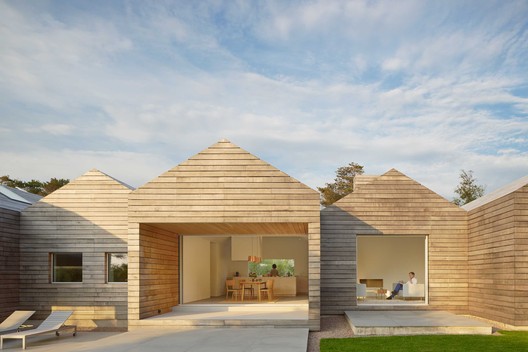