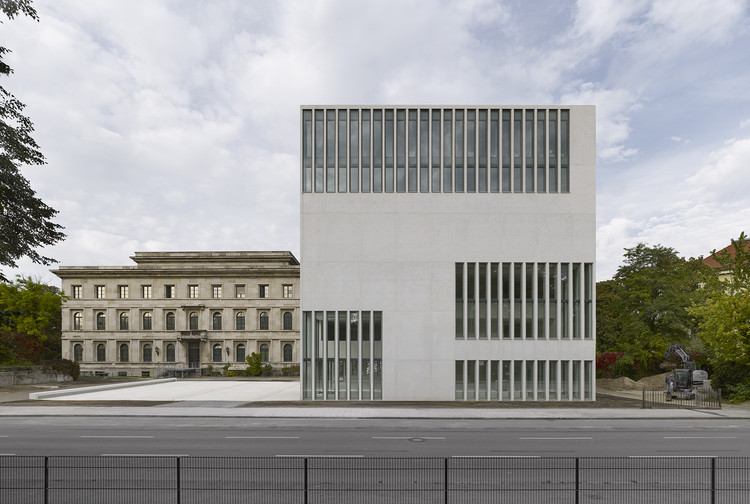 The Munich Documentation Centre for the History of National Socialism on the site of the so-called “Brown House” serves as a marker for the former headquarters of the National Socialist German Workers’ Party (NSDAP). However, by means of its autonomy the abstract, non-directional cube which is loosely positioned within the surroundings appears simultaneously detached from its proximate topography.

A square-cut terrace which can be accessed by the public interlocks the building within the vicinity. Cross-storey window openings which are being cut into the cube’s façade are given rhythm by vertical concrete members thus maintaining the building’s clear geometry. These windows allow for views of the surrounding topography while simultaneously representing the inner structure where various atriums, each combining two storeys, generate constantly changing spatial situations.

Large facade openings cut into the cube are patterned by vertical concrete louvers which give the structure a three-dimensional layout without compromising on its clear geometry. The windows, which extend around the corners of the building, allow focused views on the surrounding topography. The interior and exterior of the building are characterized by the predominant material: white concrete, a ready-mixed concrete produced from white pigment and white sand, in which the building has been entirely designed from the supporting cores and facades all the way to the floor and ceiling slabs. Also the square terrace is built from the same material. The structure, which has been left in the “raw” state, determines the exterior look while at the same time becoming the passe-partout for the intended interior uses, and in particular for the exhibition architecture. 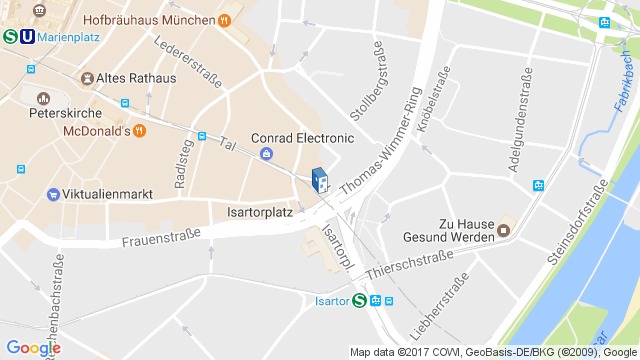