The team at TwoEyes Tech made up of HunJoo Song, SeonAh Kim, and Vivek Soni has launched a kickstarter campaign for its TwoEyes VR 360 camera, which is the first binocular 360-degree VR, 4K camera that mirrors human eye sight.

Using two pairs of 180-degree lenses that are placed 65 millimeters apart—the average distance between a person’s eyes—the camera captures 360-degree footage, “just like your natural eyes would view the world.” This footage can be uploaded to 360-degree-compatible social media platforms like YouTube 360, Facebook 360, and Twitter 360, or enjoyed through virtual reality binoculars or 3D television. 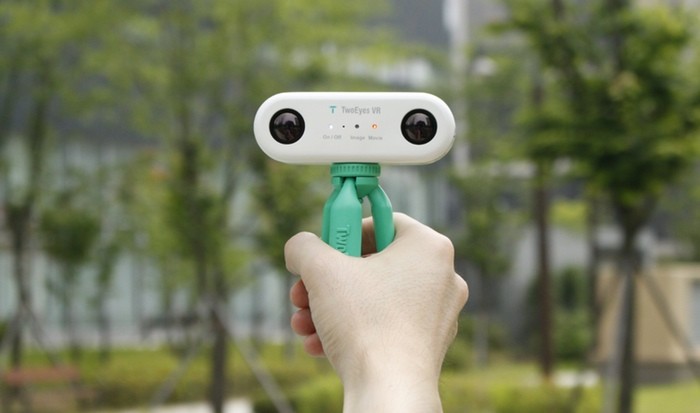 After reaching its goal of $40,000 on Kickstarter, the project set three stretch goals for 150, 200, and 300 thousand dollars. The TwoEyes kickstarter campaign closes on Sunday, February 26.

Learn more about the project, or back the TwoEyes VR 360 camera here.