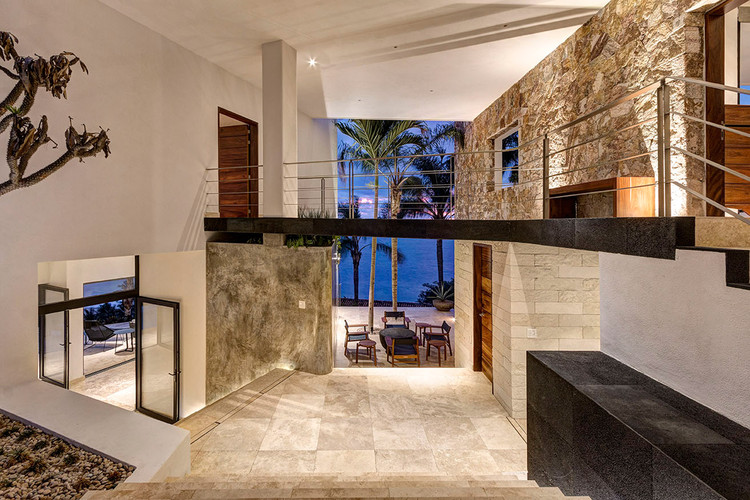 Shapes that suit the simplicity of the tropic

Planning spaces from natural resources seems to be easy. In this case, tropical climate and terrain unevenness have worked in favor of the creativity and talent of RVO Studio, an architecture firm led by Raul Velazquez, who takes chances using local elements in order to bring personality to each and every of his projects.

Such is a case with Casa en la Loma (House on the Hill), a residential design located in San Pancho beach in Nayarit, Mexico, in which RVO Studio has decided to blend the intersection of shadows and airflow, making this a pair that furnishes the space with a comfort level which otherwise could only be achieved by the means of stunts and isolation. This is how Casa de la Loma becomes a project of open and well vented spaces, in which double heights and irrelevant divisions play a transcendental role in order to keep environmental freshness. Well balanced scenery is also brought with the Pacific horizon and the mystical depths of the jungle.

Approach and implementation of seaside architecture.

Always with its surroundings in mind, Casa de la Loma is divided by a wall made from local stone, which by being there brings the solidity of a monolithic element that achieves independence of the day and night areas.

And it is an architecture which adapts itself to the surroundings. The land on which it is located emphasizes the green foliage of the Mexican jungle with a design that considers the flora to be the real host and not the other way around. Each of the shapes was devised in order to keep intact the forty palm trees that have lived in the property for more than 30 years. 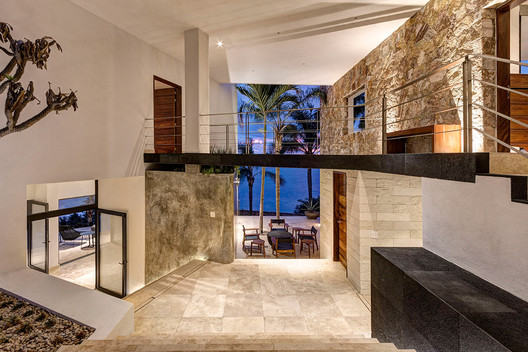