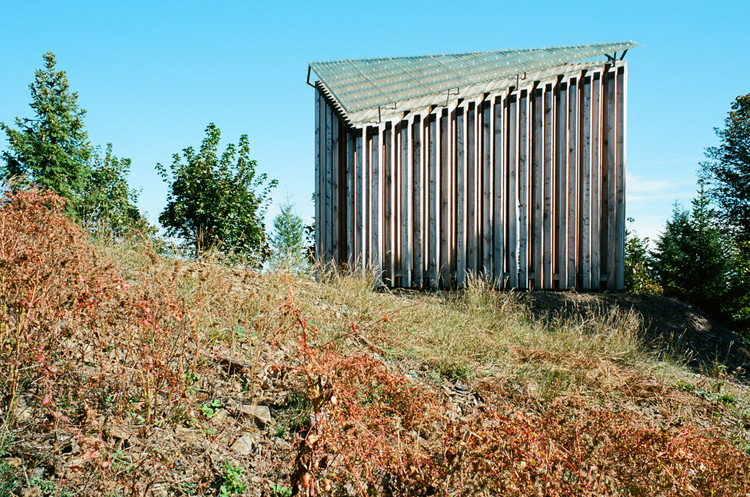 Text description provided by the architects. The Chapel of Resurrection is a formulation of answers of a contemporary architecture to the eternal questions of god and faith. Since we arrived to the time, where only simple emotions and the ephemeral moment matter, the chapel invites us to stay longer. The only connection to the beautiful nature outside is light, sound and wind.

The project started back in 2011, when coincidentally architect, priest and representative of the local authority met with the same dream. The vision was to open up the council forests to the local residents. As a pilot project the Stations of the Cross path with a chapel on top of a small hill located between High and Low Tatras was selected. As a freely financed project we spent two years raising the money. Shortly before leaving the chapel on the paper, we met a private person who supported us with 2/3 of the needed money. In 2014 we built the wooden part and waited another two years to finance the rest of the costs. Every year we organize pilgrimages to this magic place. At the beginning we were 30, now we are more than 300.

The project strengthens the local community and introduces contemporary architecture to the places out of the centres of architectural discourse. It is a project of calmness.

The concept of the chapel is based on a metaphor of the finite world and an endless divine space linked together only by light. Everybody can decide to follow it or not. The architectural materialisation resulted in small intimate space divided from nature by massive wooden walls without windows. A window is a clear statement where the light comes from. We positioned more than 100 wooden columns. They are dense enough to create an intimate space for prayer and meditation, but the precise sun light penetrates the solid wall and starts the vivid play of light and shade.

The path to the chapel begins in the valley at the church built at the beginning of the 20th century in alpine style. It continues through the woodlands to the top. The last third is opened to the view to the Tatras and north Slovakia. At the very end the path enters the chapel. After the last turn in the corridor the pilgrim enters the sacred space. The whole movement on the path follows a spiral and slows down.

Every minute the light quality changes. Sometimes there are rays only in the corridor. Five minutes later there is a pattern of wide and narrow shadows on the floor. The visitor’s curiosity forces him to stay longer.

To root the chapel to the site, we decided to use the wood of the same forest on the hill. Selected larches were transported only 20 km to produce the wooden beams and columns. The advanced BIM planning allowed the precise CNC fabrication. Four weeks later the trees came back to the site in form of the chapel.

Wood is a passing material. Because of that the concrete fundaments are creating a cultural trace in the landscape. The next generation can build a new church on the old fundaments and the original chapel will be still incarnated.

The wooden part levitates 20 cm over the landscape. It consists of 3 elements weaved into one piece. In order to strengthen it, floor and roof beams are not parallel in the top view, but they are crossing. Every column has a different height. The combination of different column lengths connected with one roof beam makes the construction strong against wind. Therefore no other reinforcement is needed.

The light roof is transforming the big sculpture into a small piece of architecture. Next to the wood are the transparent glass fibreboards, the most used material in traditional Slovak villages. The fine wave mollifies the strict geometry of the wooden part. 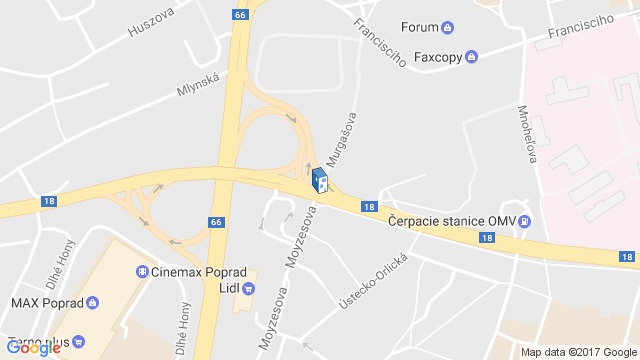