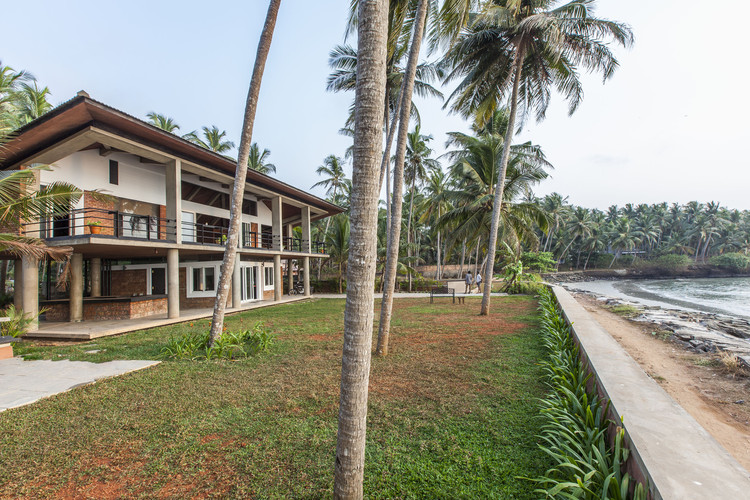 Text description provided by the architects. The primary challenge was to retain an existing house on the site and build a complete new structure over it while retaining the basic functionality of the original structure. The new building was designed on a completely distinct set of circular columns which were placed strategically to avoid the existing walls and foundations. The new structure, aligned at an angle, floats over the lower structure. Roof of the existing structure was demolished and the space between the new and old structure was sealed with continuous frameless glass panes, maintaining the individuality of the two structures. The old structure was stripped off its plaster and the original large laterite stones revealed.

The site being very close to the beach at Elathur near Calicut, the intention was to make a robust house which is able to withstand the salty sea breeze and heavy monsoons. Concrete sloping roof, being the most resistant to corrosive properties of the breeze, was used to cover the entire structure. The concrete roof, being aware of it being 'non-wooden', it was free to tilt on its axis thus opening up the house towards the sea and lowering itself towards the rear side.

The slab was designed with strategically located upturned beams to maintain a flat slab at the bottom in response to the irregularly placed circular columns. The slabs have been finished with a mix of red and black wax hand rubbed on the cement plaster. The plastered surfaces of the stone and plaster have been sealed with a unique locally developed Ayurvedic medicinal extract called 'Vajrapasha'. This provides a slight sheen to these surfaces while revealing its inherent colour. 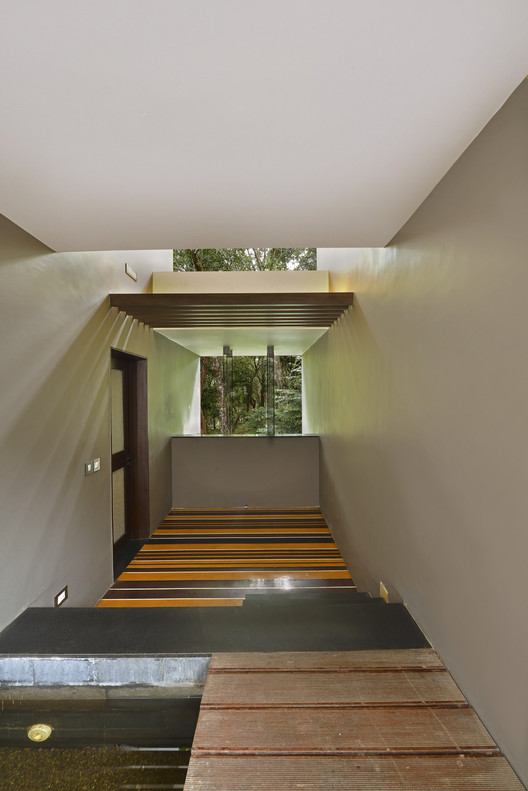