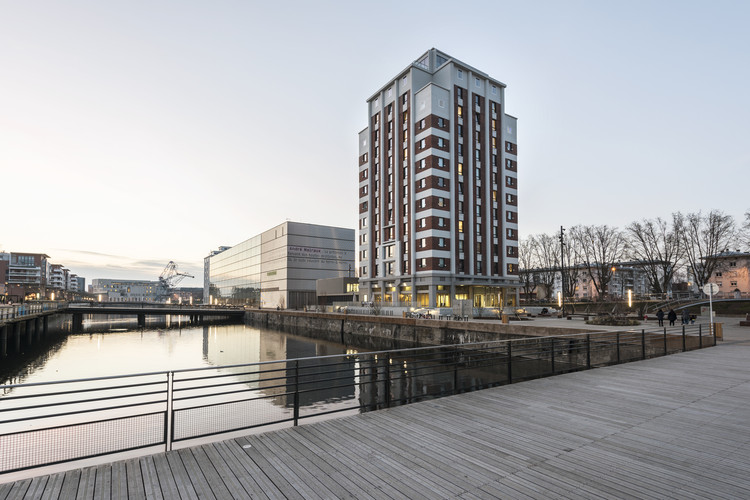 Text description provided by the architects. The rehabilitation of the Seegmuller Tower is part of the new masterplan of the André Malreaux peninsula and the surrounding of the Austerliz docks in Strasbourg, France.

Two main axes guide the masterplan of the Austerlitz docks:

The Seegmuller Tower belonged to a group of industrial buildings distinctive of the 30’s architecture, made up of the Seegmuller Tower and two warehouses, which have respectively become the Malraux Library and the « DOCKS » housing estate.

The rehabilitation’s objectives were to create 169 student accommodations as well as the related equipments. These accommodations, with a size varying between 19m² to 35m², are intended for post graduate students (Master’s Degree and Doctorate).

The project required the demolition of the tower’s central structure (made up of the old silos) and the construction of a structurally independent new core, which takes on the load of the preserved parts of the building to comply with earthquake resistance standards.

A restaurant and an exhibition area have been created on the ground floor while a 300m² extension was built to host part of the International Department of Strasbourg University.

The industrial facades, made of brick and concrete, as well as the octagonal wooden posts that used to support the silos, have been preserved during the rehabilitation process.

The tower’s location and its reaffirmed urban identity have allowed the Seegmuller Tower to become an emblematic equipment for Strasbourg University. 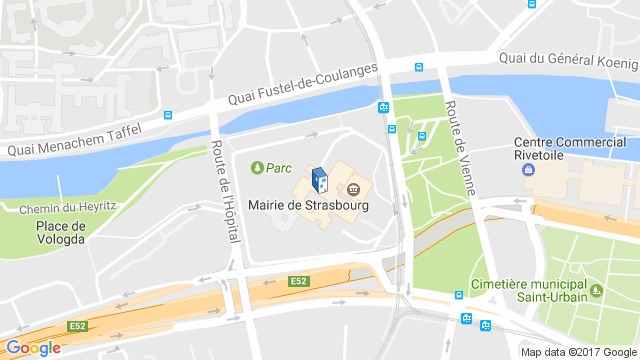