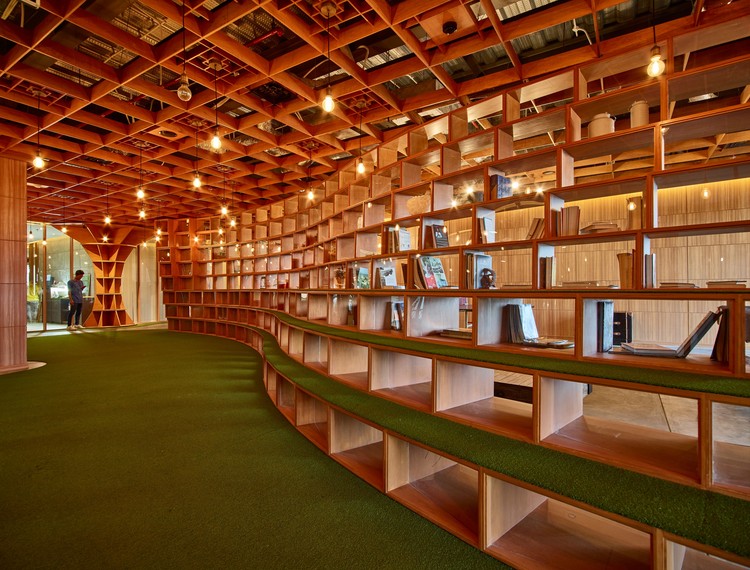 Text description provided by the architects. Located in Alam Sutera, Tangerang, as it completed in 2016, Puncak Keemasan Group Office occupies 2.450 sqm of built area. The building is intended as office for several companies, which is a noticeable challenge in programming scheme. As part of given solution, the design proposes permeable transition to create unifying ambience with structural parabolic shape made by plywood while maintaining separation inside each chamber. Material that used as main language is plywood that covered almost all interior office. The result is jungle-like hall which connect every room with tree bookshelf and library as its main hub.

Primary concern of the design is to restrain any unecessary cost while maintain sense of playfulness and creativity.

Form of design was expressed in two main sequences. The first sequence is to convey the flow by continuous circle form of tree structured bookshelves along the path of the office. The Second sequence is the type of flow expressed through plywood ceilling placement, which creating sense of wave, thus also resulted in dynamic interior lighting. Another use of plywood is manifested in giant curvature bookshelf that also works as room partition. This bookshelf formed double curvature for a reason. The curve reversed each other vertically, like a section of double helix. This way, it has stable load point in the middle of double arch as self-supporting barrier.

The design also aims for material efficiency. By using 600 x 600 waffle module of bare plywood to cover the ceiling, gave results to its cost efficiency up to 50% to compare with normal cost. Not only as transitional element, plywood also became main form for its ceiling structure. Giant waffle is also functioned for mantling cables and pipes by the least usage of material.

Entire interior element is consistent with same porous detail; from square module bookshelf to various high for ceiling, while some part of supporting areas is using modular rectangle layout form. The detail is enhanced by low hanging edison lamp along the office, and synthetic grass carpet to heighten the jungle mood. 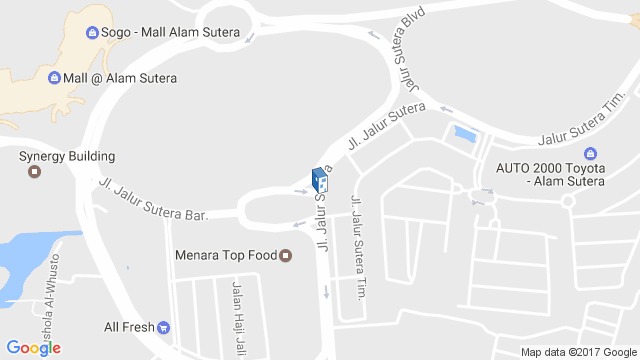