Text description provided by the architects. In 2011, the Gaumont-Pathé group decided to renovate the existing building in order to upgrade the cinemas and to improve user comfort.

This aim is to gradually update the somewhat outmoded image of the chain of cinemas, transforming them into cultural venues, animated day and night and sufficiently flexible to accommodate a varied programme.

The project has two main aims:
- To showcase the film theatres and visually identify them as physical spaces, as much from within the building as from without;
- To showcase the films: the facades are covered in a kind of huge curtain of LEDs, which is used to screen a range of animation (film extracts, stills, colours and abstract images can be used to bring the facade to life).
These are the means by which the cinema hopes to resume its position within the city: internally, the architecture aims to display the cinema’s unusual and spectacular volumes, while externally it envelops itself in film extracts and moving images, which also speak of cinema...

A FACADE LIKE A PLEATED CINEMA SCREEN
The facade is broken down into into a dozen vertical strips, like ribbons. Each strip supports several facets, alternately orientated upwards or downwards, as if folded. In the central area, these great pleats are made of glass and covered in regularly spaced LED modules, forming a large, animated grid.

Towards the edges of the facade, the large pleats are opaque and formed of metal cladding, sometimes covered in the same structure of LEDs, sometimes simply folded to maintain the rhythm.

These ribbons can function either independently of one another, each showing a different picture from its neighbours, or as a whole, showing one single picture across all the LEDs.

The bottom section in each ribbon folds upwards to form surfaces that are almost horizontal, creating a vast canopy that overhangs the pavement by some 3 metres. These panels are also covered in LEDs, providing the public with different images, which are this time almost within reaching distance. This gives the public the sensation of walking into the picture as they go into the building.

At dusk, the luminosity of the LEDs is perceptible from the inside, illuminating the foyers and circulation spaces with the diffuse colours of the animated images.

AN ASSEMBLY OF THEATRES, STACKED AND SLOTTED TOGETHER
The film theatres are arranged within the building so that virtually every volume is visible and identifiable. The contents of the project form a sort of vertical sculpture, where the theatres slot into one another like a puzzle.

The tiered seating in the theatres is made visible on its underside, forming magnificent stepped ceilings. These ceilings are then extended into the adjacent space to create partially tiered lobby areas: little amphitheatres that slope down towards the theatre entrances, forming spaces for informal projections.

THE PUBLIC IS WELCOMED IN A VAST SPACE BENEATH TIERS OF THEATRE SEATING
Within this vast, light and airy space are all the reception services: ticket sales, an information point, automated ticket and information points, and refreshments, with a seating area and a cafe, access to the different theatres, and then a quieter space, with areas for screening films.

All the circulation interlinks within the triple-height atrium. A series of escalators and walkways behind the facade lead to the different mezzanine levels and upper-level theatres. The public can be seen, and can move around to look at the spaces from below or from above, as well as enjoying views onto the outside world. 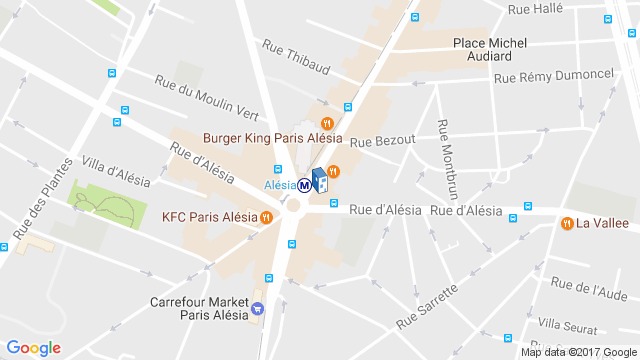 Location to be used only as a reference. It could indicate city/country but not exact address.
Share
Or
Copy
About this office
Manuelle Gautrand Architecture
Office
•••