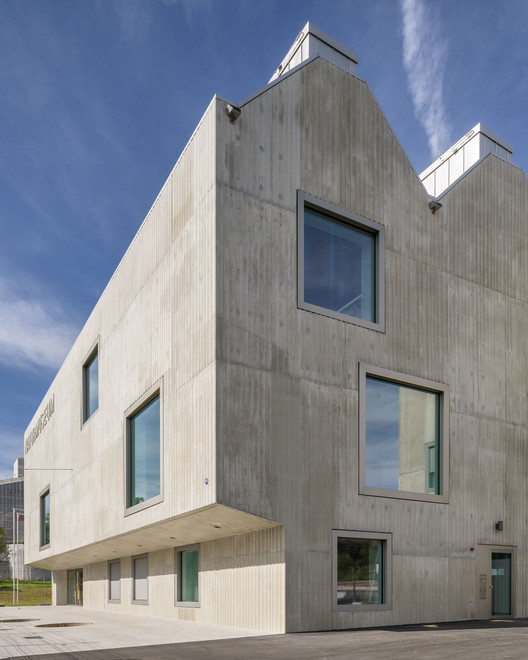 Text description provided by the architects. The new building of the Natural History Museum St. Gallen carries on the existing ensemble of public buildings and facilities surrounding the church St. Maria Neudorf and the botanic garden on the eastern limits of the city centre. Through the urban setting and the use of mostly lithic materials the building acts as a visual and representative landmark towards the street and the church complex. At the same time the new museum respects the strong presence of the church’s silhouette. The visible structure of the roof refers to the functional, modest expression of the existing architectures in the botanic garden.

The three-storey building occupies the parcel almost entirely. A new open-air exhibition space is defined and becomes an important part of the promenade between church, museum and botanic garden. Four precisely set incisions in the corners of the building volume interlock it with its surrounding. According to each specific situation they host several different functions - such as a quiet terrace for the café, a representative forecourt towards the street and a discreet delivery in the back.

The museum premises are organised as an open sequence of spaces, beginning with the connection of the foyer facing the street and the secondary entrance hall towards the garden. The visitor follows the tour of the museum across two shifting floors, past the temporary exhibition, into the “relief room”. With its impressive height, its specific character and the connection to the gallery above, it reminds of classical exhibition spaces from the 19th century. The space constitutes the heart of the two exhibition storeys and offers great possibilities to exhibit large objects. The second exhibition storey provides a vast unsupported skylight-lit hall, allowing a lot of flexibility for diverse exhibition concepts. Quiet lounges and educational spaces, such as the library and the youth lab are arranged around the core zones, inviting to individual studies and contemplation in a pleasant, private atmosphere. 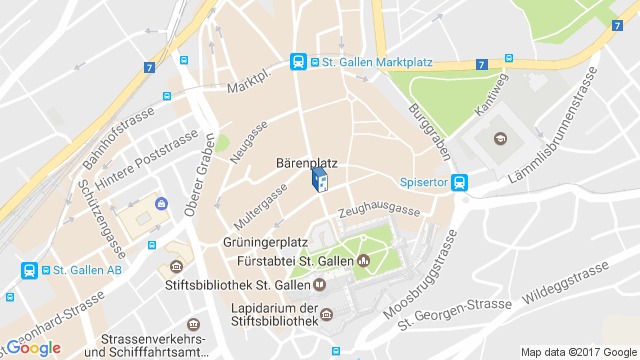 Location to be used only as a reference. It could indicate city/country but not exact address.
Share
Or
Copy
About this office
Michael Meier Marius Hug Architekten AG
Office
•••
Armon Semadeni Architekten GmbH
Office
•••