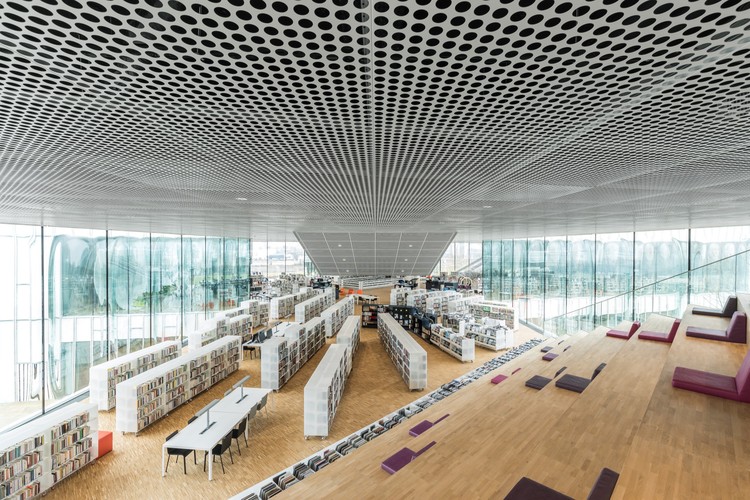 Text description provided by the architects. Bibliothèque Alexis de Tocqueville is a public library for the metropolitan region Caen la Mer in Normandy, France. The 12,000 m2 multimedia library is located at the tip of the peninsula that extends out from the city of Caen to the English Channel. Its key position – between the city’s historic core and an area of Caen that is being developed – supports the city’s ambition for the library to become a new civic center. The library’s glass facade visually connects the adjacent park, pedestrian pathway and waterfront plaza to the interior and together with two large ground floor entrances at both sides of the building, enables a fluid interaction of the library with its surroundings. On the upper floors, the urban belvedere provides unobstructed views in all four directions.

The building’s cross-shaped design responds to the urban context, with each of the four protruding planes of the cross pointing to a landmark point in Caen: to the historical sites of the Abbaye-aux-Dames in the north and the Abbaye- aux-Hommes in the west, to the central train station in the south, and to the area of new construction in the east. At the same time, the geometry of two intersecting axes is informed by the library’s programmatic logic. The four planes, each housing a pedagogic discipline -- human sciences, science and technology, literature, and the arts -- meet in a large reading room on the first floor, to encourage maximum flow between the departments. This main library space is carved out of the center of the solid cross, defining the building’s design as an opposition between mass and void.

As a civic center where people meet and share knowledge and information, public space is at the core of the library’s design. At the entrance level on the ground floor, there is a large open space with a press kiosk and access points to an auditorium with 150 seats, an exhibition space and a restaurant with an outdoor terrace on the waterfront. The first floor contains a large variety of work and reading spaces and 120,000 documents, with physical and digital books placed side-by-side in the bookshelves. The digital extension of the physical collections, integrated within the bookshelves, is one of the new multimedia features of the library. The top floor of the library is occupied by a space for children, as well as offices and logistics. The archive and special historical collections are stored in safe and dry conditions in the concrete basement, protected from the surrounding water by an innovative waterproof membrane applied on the inner side of the concrete walls. 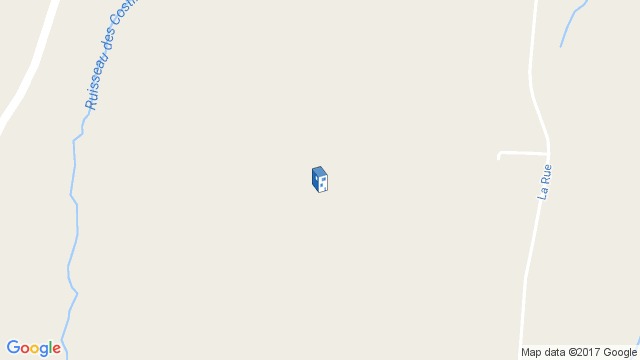 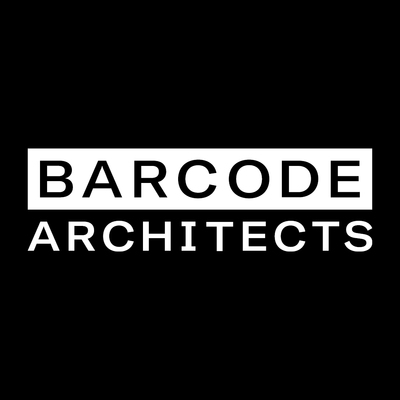 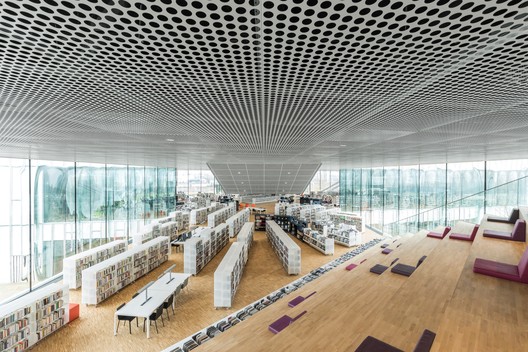