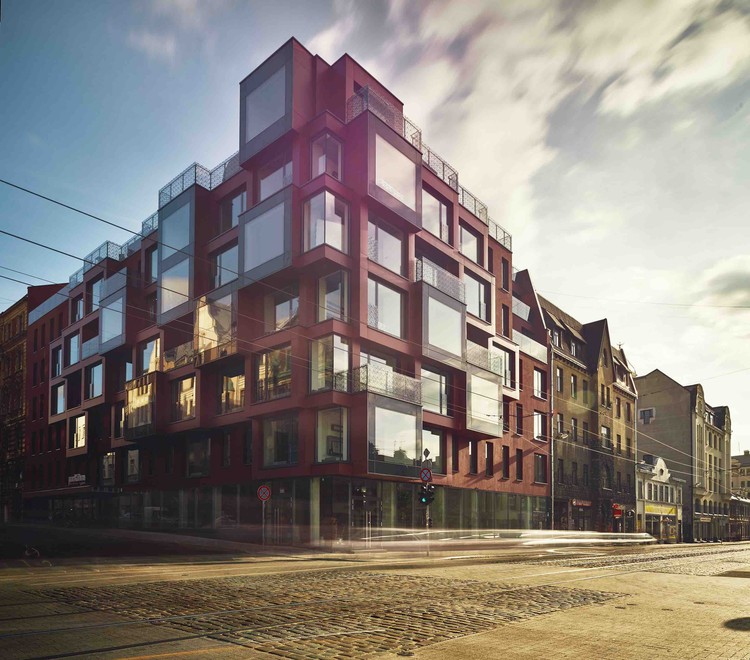 Text description provided by the architects. The site is located in the territory of a cultural monument of State significance - Riga City historic centre which is part of the protection zone of a UNESCO World Heritage site. The site is on the corner of a block, enclosed by two busy streets.

The design process was suspended due to various economic circumstances and was resumed at the end of 2013. To respect the surrounding context, the color scheme of the facade was changed and the amount of glass panes in the facades was reduced. RED ICE emerges.

RED ICE was initially planned as an apartment building. As a result of multiple modifications it was redesigned as an apartment hotel with a reception and a restaurant on the ground floor and a kitchen and technical premises in the basement.

Product Description. Cembrit cladding used for the bay windows features a smooth surface which contrasts with the rougher texture of the coloured plaster used for the rest of the exterior walls. The choice of colour for both materials is inspired by the surrounding context. A CNC machined metal gate features a custom pattern inspired by ice cubes; the same pattern is used for the glass railings. Strips of LED lights accentuate the fragmented nature of the building facade. 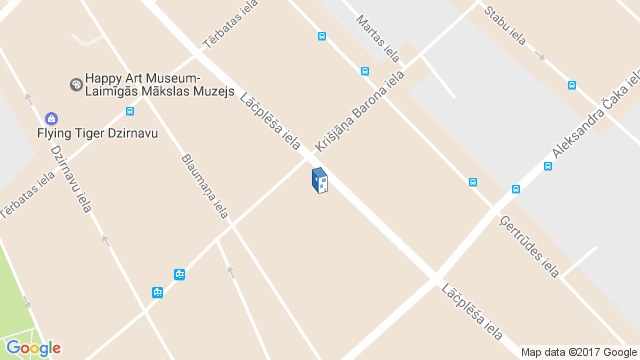 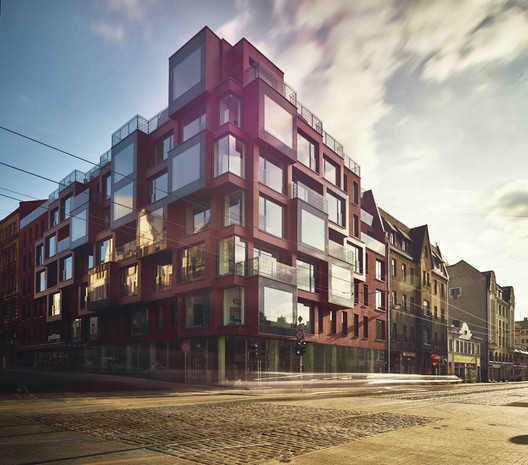