Save
The Eiffel Tower to Undergo 15-Year, €300 Million Renovation Project
Share
Or
Copy

The project will encompass a full structural analysis, replacement of the tower’s lighting systems and an overhaul of the tower’s elevators, which still use some of Eiffel’s original workings. Additional improvements will include a modernization of security technology and an enhanced visitor experience to reduce wait times and shelter tourist from harsh weather conditions.

“There could be one or more places for the public to wait that are sheltered. Today, they are queueing in the rain and snow, and that’s not the best welcome for our foreign tourists,” said Jean-François Martins, the deputy mayor of Paris.

The announcement was made as Paris bids for the 2024 Olympic Games and the Universal Exhibition in 2025.

The project will break down into a €20 million per year investment, a 45% increase from the €13.7 million already spent each year on maintenance. The tower is fully repainted every seven years, a process which requires 66 tons of paint and 20 months to complete.

The last major renovation to the tower took place just 3 years ago, when the first floor reopened following two years of work. Previous to that, the last large-scale renovation occurred in 1986.

The project proposal will be presented to the Paris council for approval at the end of January. 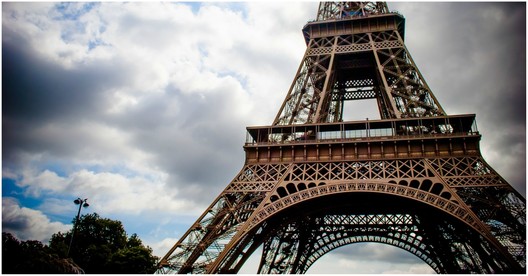