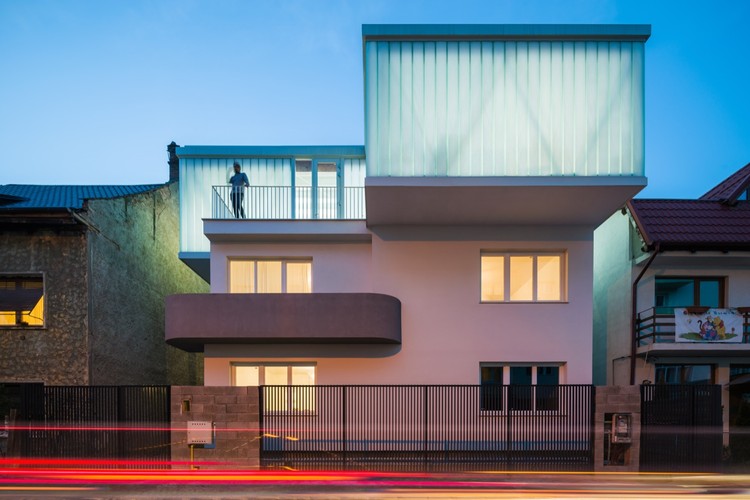 Text description provided by the architects. The fronts of Hermann Oberth street were gradually densified in the last 60 years. A prevailing house residential district in the '50s, densely built, on small sites with narrow spaces between the buildings, the area was remodeled during the communist with the introduction of the blocks of flats. Nowadays, this narrow street is the border between the row of houses and the compact alignment of the blocks of flats. The client, owner of one of  the houses mentioned above, wanted a larger, continuous living space, bathed in sunlight with large glazed surfaces.

One of the first challenges was harvesting the sunlight amid a neighborhood consisting of blocks of flats.

Our answer was a translucent house placed over the existing house.The translucent shell is punctured by transparency towards the favorable views of the area.

The proximity of the neighboring houses was a very inciting topic for us. The new house commits to dialogue with the closely neighboring blind walls. Opposing a noble, translucent wall, to a neighboring, indifferent blind wall generates a positive communication between the two.

Leaving aside theory, the inner free living space of the addition mesmerized the owners gives in contrast to old house underneath. 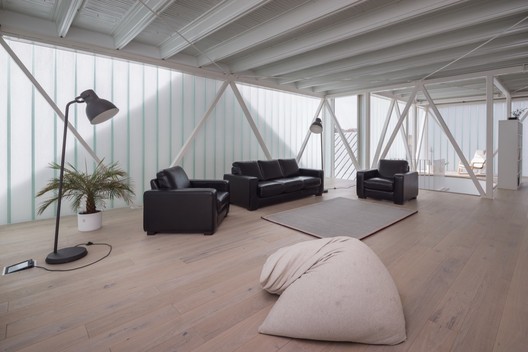 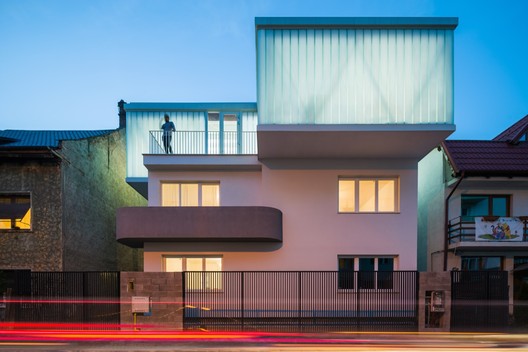