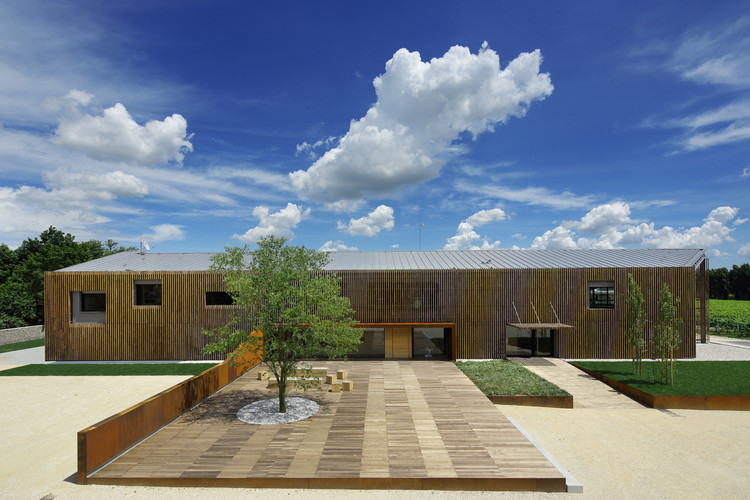 Project
The new winery offers an opportunity to reorganise and reconnect the system of open spaces with the built-up structures through the restoration of signing, associated modality and materiality that come form the world of agriculture.

The requalification project involves new spaces and new buildings dedicated to the winery but are developed integrating also the existing parts for the formation of a functionality and homogeneous image.

The new building is located alongside the existing buildings to create a compact nucleus of the different work activities.

The office space is structured to be an representative image of the company, its sensibility and of the always organic production (this year it will celebrate 35 years of activity, certified organic and vegan for all types of wines produced).

In addition to the visible connections, grass surfaces have been designed to absorb the shared diversity forming a transitional environment between the parking area and the building, and daisies have been planted as a “selection” of flower traces between the vines.

A small wooden square gives continuity to the internal space of the outlet store, almost building a natural enlargement and characterized by a “pisoèra” tree typical the Treviso countryside. (Celtis australis, bagolaro).

The principal material composed of Beechwood used both for the exterior spaces and the interiors.

The finish of the vertical wooden planks qualifies the simplicity of the warehouse construction material;

Use of a natural material like wood blends best with the agricultural landscape, due to its coloration, regarding its “matricity”, for its capacity to age without deteriorating (the oxidation of wood in time contributes to the integration of the material into the context in which it is inserted.)

The filter / woven effect refers back to the finishing of barn facades composed and interweaved with bricks and/or vertical, holed wooden planks allowing for ventilation: a recurring characteristic in the traditional rustic structure of the Treviso countryside.

The work of restructuring will rely on this skin in order to wrap around the preexisting structure to the new intervention: along the north front the hight deformity and the material of the different warehouses in successive time will become absorbed by the resurfacing in the vertical wooden planks presenting a new facade both recomposed, reordered and harmonious.

In the space between the buildings and the new facade there is a visitor route located that from the outside allows you to follow the different stages of production: coming up from the vineyard arriving inside in the tasting rooms/meeting rooms in a constant relationship with portions of the historical (the villa) and productivelandscape (the vineyard).

Beechwood from the Cansiglio area has been utilized. The wood comes from the controlled forest of Cansiglio, a forest in which the beech tree is an endemic species destined to become a finished certified product connected to the territory, through which a selection process is carried out according to Veneto Agricultura (an official body with the task of forest management in the Veneto region), in a synergy between the Cansiglio Forest and Itlas Spa. It is a forest certified according to the PEFC scheme (Programme for Endorsement of Forest Certification), that is, the principle of sustainable forest management, that guarantees the maintenance and the appropriate development of forest resources, protecting the biodiversity and ecosystem of the forest, preserving the different functions of the woods, other than the productive ones.

The choice is to promote the territory sensitizing it to its visitors towards a natural ecosystem, a forest heritage managed according to a naturalistic forest mandate, and following the criteria of the forest certification. This process encompasses within itself the precise environmental philosophy of the Cantina and of its natural products that shows also in the character of the material utilized. In particular, the wood utilized was cut in October 2015 and in part was cookfor external use and a part was laid with its natural finish (floors and furnishings). 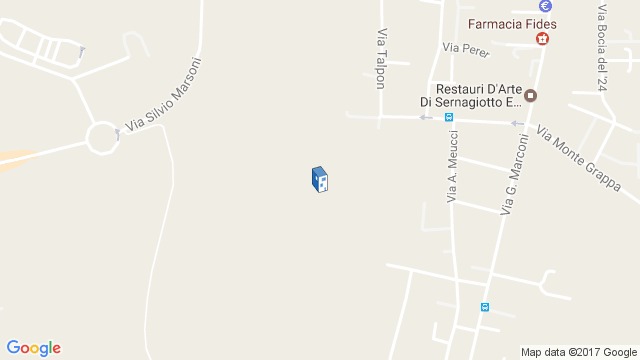