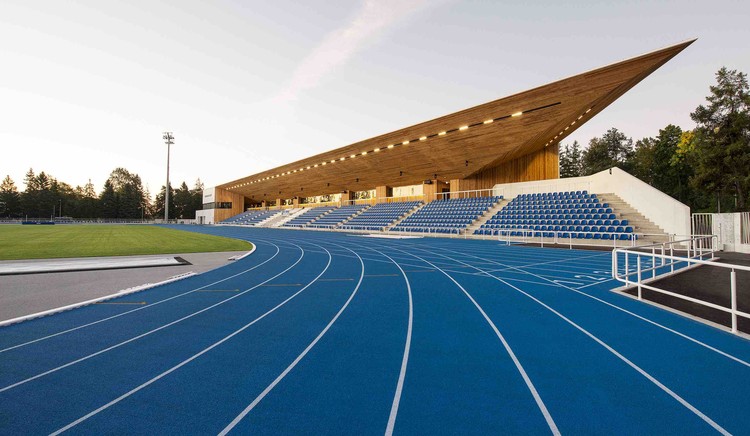 Text description provided by the architects. Since  1923, there have been various sports facilities at the location of the new beach stadium in Pärnu.

A highly modern-lookiwng grandstand designed by architect O. Siinmaa and engineer N. Leyden was opened there in 1933, which became one of the masterpieces of Estonian wood functionalism. In 1981, the grandstand building was pulled down and a replacement designed by A. Pähna was built in its place, which by the first decade of the 21st century had depreciated and was pulled down in 2015.

In terms of urban development, the new grandstand lies in a unique location – there are no directly dictating buildings either on the western or the eastern side, to the north of the stadium there are wooden summer villas built at the beginning of the last century but they are far enough from the grandstand. The only building that has a direct effect on the grandstand lies to the south – the Pärnu Beach Hotel located on the beach, designed by architect O. Siinmaa and an exemplary example of Estonian functionalism. To the south of the grandstand there is also Pärnu’s main tourist attraction – Pärnu Beach – which is about 120 m away.

At the same time the whole area has the unique resort-town atmosphere so characteristic of Pärnu and the Pärnu Beach Promenade.

We have tried to convey the same feeling with this new grandstand. The proportion of the slender, almost 1:10 plan is passed on to the entire form of the building, which is airy, sharp and brisk. The facades from white concrete support the delicate facades of the Beach Hotel but do not compete with them. The wooden facade with its powerful yet delicate wooden cantilever refer to Siinmaa’s wooden functionalist stadium building of former times.

The functionalist scheme of the building is simple. The spectators’ paths never cross the athletes moving around in the same building. On the ground floor, there are dressing rooms and showers for the athletes, rooms for coaches and auxilliary rooms, including a 4m-wide tartan-covered corridor extending 62 metres in length. The doping control area with toilets and a laboratory are also located there. Technical equipment and storage space with a commercial area have been planned along the Kuuse Street side. The grandstand opens itself to the spectators on Lehe Street and Kuuse Street with wide stairways leading to the stands of the stadium building. Visually, the cantilevered awnings above the flights of stairs form large-scale funnels which attract people to look inside. The entrance stairway leads to the stands and a pedestrian area for spectators where administrative rooms and reporter’s booths are also located. The accommodation block for athletes is situated on the 1st floor on the Ranna puiestee side, which opens to the sea with its balconies. All 1500 stand seats are located under a cantilevered awning, in longest point with an unsupported span of 28 m. 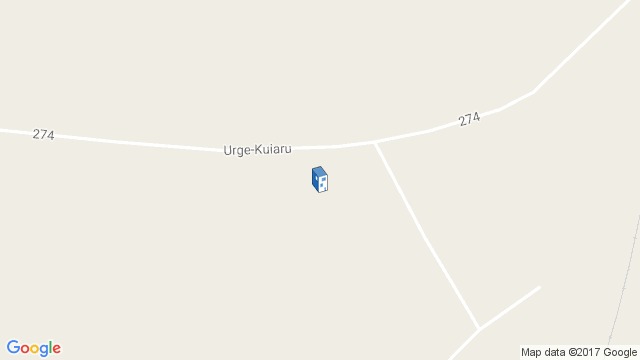 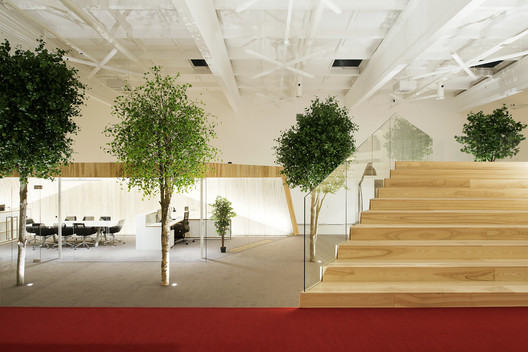 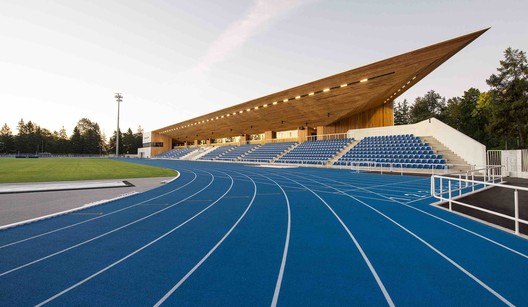