Text description provided by the architects. SIMBIO Kitchen & Bar is a rehabilitation and interior design project of an existing residential building from 1920, in Bucharest. The project consists of reinforcement, complete rehabilitation and functional remodeling in order to meet the new function of urban restaurant, bar and work/event space.

The building is situated on 26 Negustori Str. in a traditional residential urban tissue. It is a villa build by a former sturgeon fish trader at the beginning of the XXth century.

Simbio is a place where you can spend pleasant moments at brunch, taking dinner with friends or just working. Therefore, the arrangement had to be primarily welcoming to guests. Moreover, the space had two roles to play:  to be perfectly functional for the restaurant, but also to be representative for the centenary house.

The brief proposed three distinct areas, influenced by the configuration of the building: bar, restaurant and business hub. Then, we had to solve the specific flow organization and, most importantly, to create an environment in which clients retrieve the welcoming atmosphere of the former Simbio space that existed for a few years in Bucharest’s Old Town.

The project began with finding a new area to relocate from the very crowded old city and the identification of a place where the existing small bistro would extend, so that the two concepts of the business would be satisfied: the Friends of Simbio should feel At Home at Simbio.

It was exciting the first contact with the house: quiet, beautiful, dark, dusty, with an abundant garden, smoked stoves, pale mirrors, and heavy furniture. The house had already well defined spaces such as: the lounge with skylight, the green stove room, the small room, the great room, the basement with brick arched ceiling. The concept is to create an ideological map of different  architectural and cultural values mixed together in order to create a bigger value than the architectural or the economical ones taken separately and which would be recognized by the people taking contact with the new place in order to culturally appropriate it. This network of concept refers to works of art by H. Bernea, L. Bourgeois, H. Matisse, R.Tuttle and also some astronomical, botanical, social and geometrical forms and ideas which will go through the physical space.

We aimed to keep and bring to light the valuable items, and, where necessary, to come to completion with finishes as close as possible to the era in which the house was built. However, we have taken some measures that have impacted quite decisively on the house look like eliminating the eaves - nonspecific to the Venetian style in architecture, the Cartesian model introduced on the facade and the newly built roof terrace. The concrete reinforcement of the house was done in such a manner that would not affect the original plaster, walls or decorations.  About 90% of the furniture and lamps were designed and produced locally for Simbio. In the project we involved local designers who, through their creation, contribute to redefining the brand. 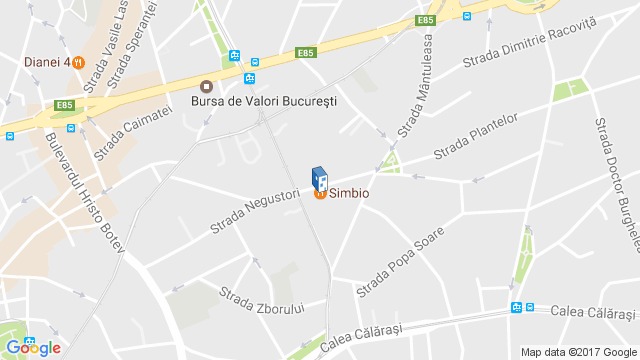 Location to be used only as a reference. It could indicate city/country but not exact address.
Share
Or
Copy
About this office
SYAA
Office
•••