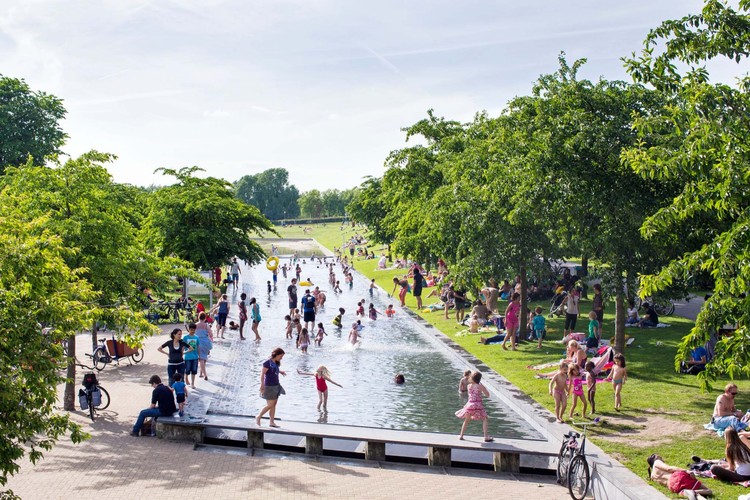 Text description provided by the architects. Westergasfabriek, a nineteenth-century factory on the outskirts of central Amsterdam, halted operations in the 1950s. In 1981 the site was rezoned as recreation space. Of five design firms invited in 1996 to envision the open space component of the new culture and recreation park, Kathryn Gustafson won the commission with “Changement,” a proposal produced in collaboration with Francine Houben of Mecanoo. In 1997, Kathryn opened an office in London and with partner Neil Porter and began to translate this concept into detailed design.

“Changement” responded to the park’s master plan by offering diverse spatial and temporal experiences. According to the master plan, grounds were to have a green, recreational park function, local residents would be the main users, natural environmental qualities had to be strengthened, and a one hectare open-air events area must be included. Gustafson Porter + Bowman developed a refined plan that is faithful to the original proposal in its creation of park zones that relate specifically to existing site elements and contexts. At the renovated Stadsdeelraad (town hall), the plaza’s layout is a cultivated expression of order. Along the Haarlemmervaart canal, a popular access point for neighborhood residents, a wide, linear plaza provides public recreation space and connection to the adjacent Market Square. To the southwest, two historic gas holding structures adjacent to the Cité des Artistes complex, frame displays of aquatic plants, fish and reflective water. At the park’s northwest corner, proximity to an active agricultural polder generates an explicitly ecologically-oriented circulation scheme and water feature.  In its attentiveness to external circumstances, the design is a conglomeration of uses – civic, social, commercial, cultural, recreational, ecological -- that operates as a synecdoche for the city rather than the sequential circuit or continuous fabric of a conventional park.

Cultuurpark Westergasfabriek is one of Gustafson Porter + Bowman’s defining projects, and is considered as a model of brownfield reclamation within a physically dense urban context and a  complex set of stakeholders. The scheme establishes a delicate balance between contamination and accessibility, invention and interpretation, revelation (of the potential of post productive lands) and renovation (of obsolescence into functionality).

Product Description. On the Marketsquare is a tree grid underneath the trees a layout is reinforced by a further layering of grids: a grid of 2 x 2 metre stelcon paving.In this way there is a reference to the industrial character of the sites past. The lines of insitu concrete and ductile steel form a structuring element and these lines point at important features in the buildings and the new concrete retaining walls. The Theatresquare has a rythm of 2x3 metre stelcon plates which are interrupted by lines of 50 cm in-situ concrete strips. 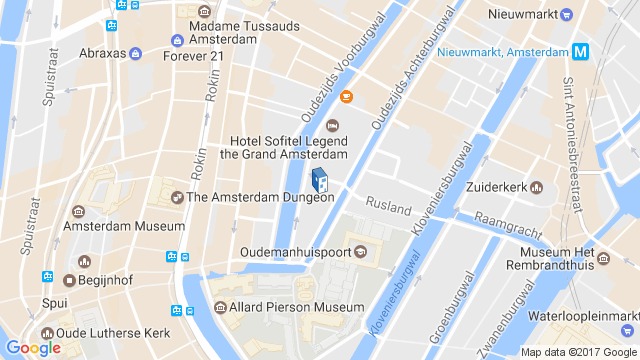