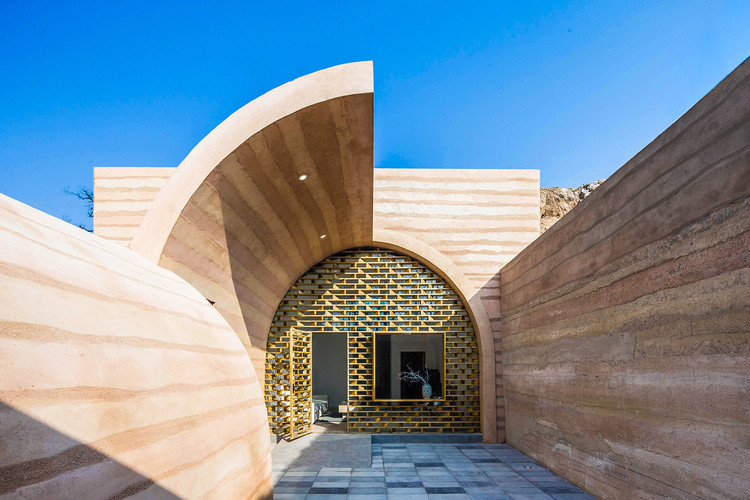 Text description provided by the architects. This house is a renovation project of "wow home" TV series, for the client Ye Liangchen, a Internet star, who lives in the Loess Plateau of Shanxi Province. The original house is one of typical traditional cave courtyard in the village, in disrepair, and almost collapsed condition.

It included a main cave as the living space in the north, and three rigid side caves as the bedroom space in the eastern part. In an area of about more than 50 square meters and the depth is 11 meters without a kitchen and toilet, the space of main cave was extremely dark and damp.

Given the traditional cave has the advantage of warmness in winter and coolness in summer, the design strategy follows tectonic of vernacular cave dwellings, but ensures that that each room is well ventilated and lighted. The design strategy is to preserve the northern cave houses, and to transform the run-down southwest wing caves into couple of independent spaces oriented to the south, which contain a kitchen, bedrooms, storage room, a dining room and a toilet.

The preserved main cave is divided into two separated functions, the inner space as grandma’s bedroom, while the outer space as living room for family gathering. Taking into consideration the sunlight and ventilation in the cave, a circular glass light well sized in 1.5-meter diameter is devised in the middle of the cave. The main entrance of main cave is transformed into a wooden grid façade and glass curtain wall, which introduces plenty of sunshine.   In front of the cave entrance is a new semi curved canopy, which prevents the strong wind from the northwestern Mongolia.

Besides the improvement of living conditions, the prototype of walled structure compound is applied in the new design with more dynamic courtyard sequences. Courtyards introduce the nature to the house. The architect intends to maximize the outdoor space visually and psychologically.  Hence, 5 scattered courtyard landscapes are created within the compound, and connected through a zigzag path similar to the Chinese garden to create a tranquil atmosphere and infinite spatial experience. These areas also enable fresh air and daylight to enter every single house.

The architect is committed to the integration of new building and local environment. The new houses are strictly controlled within the red line and the original building height. In the aspect of the selection of materials, the new building adopts the technology of traditional rammed earth, which composed of the mixed clay and sands from the top of surrounding mountains. By doing so, this building appear unique texture and color, whereas the effects of rammed earth in other places would appear various because of different origins of the clays. The application of rammed earth not only reflects the local building traditions, but also brings in the strength and permanence of stone with the warmth and simplicity of wood.  It also profoundly helps reduce the budget of project.

Re use the previous furniture for interior space so that people can feel familiar from the old life. 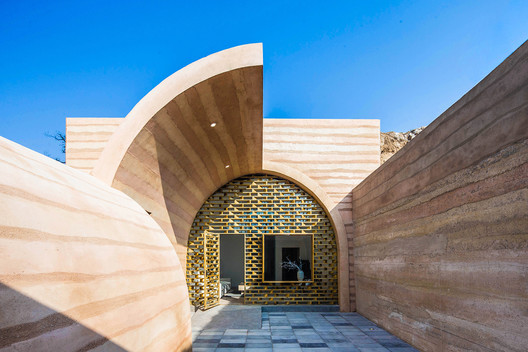