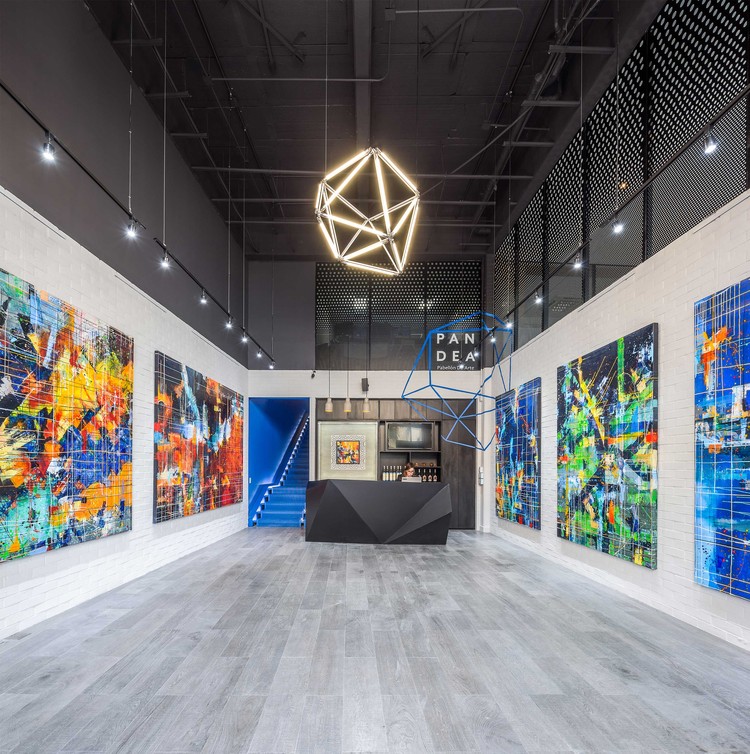 Text description provided by the architects. PANDEA is a space designed to serve as platform for artists and designers in Puebla; located in Sonata District, one of the fastest growing & modern zones of the city.

The architectural design was developed simultaneously with the visual identity of the pavilion in order to achieve a global concept, which transmits constant movement & modernity, projected in a versatile space with intense color and subtle polygonal applications.

The project itself is an intervention, which sought to take full advantage of what was already in place, which previously served as real estate sales offices. The intention was to take that “office essence” out and transform it into a space that resembled a disused warehouse; an industrial pavilion that could be easily adapted to any art or designer.

The entry level has 47 square meters for display, equipped with 6 removable screens that create different exhibition routes depending on their accommodation, allowing to expose large format pieces. The existing floor was used and the walls were lined with white painted bricks, as well as the windows were covered with a designed decal to block the view towards the offices. Both the front desk and the central lamp were designed to be in tune with the identity of the Pavilion, based on irregular polygons that generate different shapes depending on the angle at which you see them.

To unify the 2 levels and make the visitor follow the tour, we transform the staircase into a transition tunnel, an intense blue space that will attract and arouse the curiosity to see what is at the next level. On the way out, an anamorphic sign that reads “PANDEA” concludes the exhibition tour.

On the upper level, 18 square meters serve as a second exhibition room or as an ideal space to display pieces of greater importance, which can be better appreciated with controlled lighting, which the lower level cannot offer due to the natural light from the façade. Here, to avoid the view of the existing offices behind the crystal walls, translucent vinyls were applied in order to generate a completely different and private environment.

PANDEA is a mutable space. 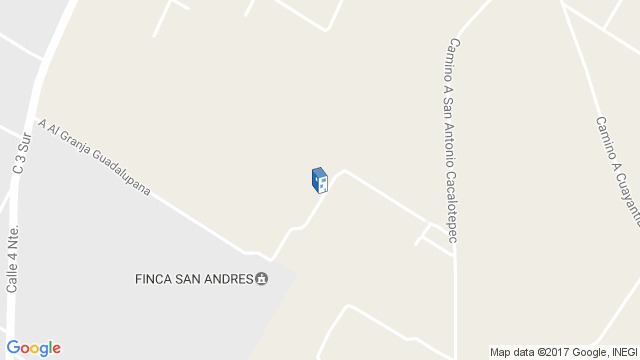 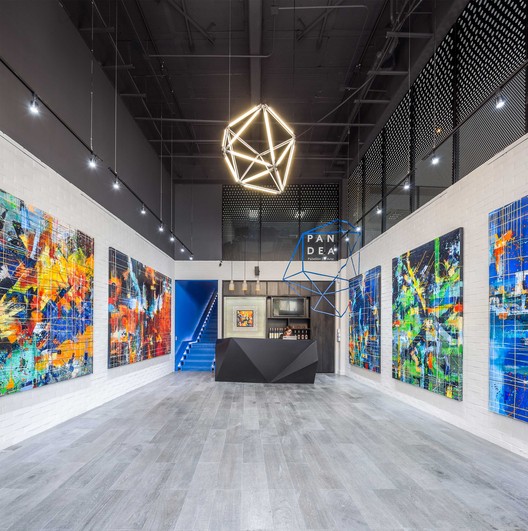