Santa-Monica-based Steven Christensen Architecture has won the 2016 AAP American Architecture Prize for Recreational Architecture, with its design for the Liepāja Thermal Bath and Hotel in Latvia.

In an exploration of the role of the dome throughout the architectural history of public baths, the project utilizes dome shapes—both upright and inverted “as a rhizomatic formal and organizational embodiment of a contemporary public that is democratic, horizontally empowered, and increasingly networked” explained the architects. 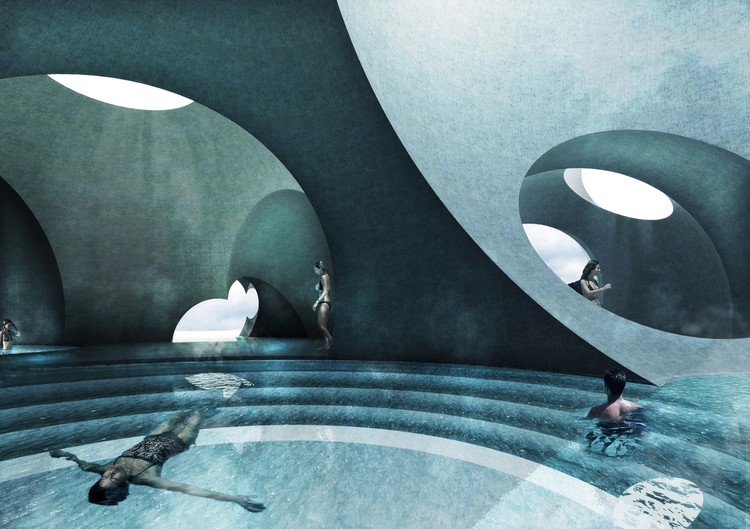 Through these spherical forms, the project aims to create an unorthodox spatial experience “that is both spirited at atmospheric.” Furthermore, the use of the dome form in the bath and hotel seeks to “undermine the conventional symbolic performance of the much-maligned hemisphere by challenging its centripetal tendencies as well as its hierarchical basis.”

The Liepāja Thermal Bath and Hotel project was selected by a jury, and won the Silver Award for Recreational Architecture, under the 41 categories of AAP American Architecture Prize awards, as well as five other national and international awards.