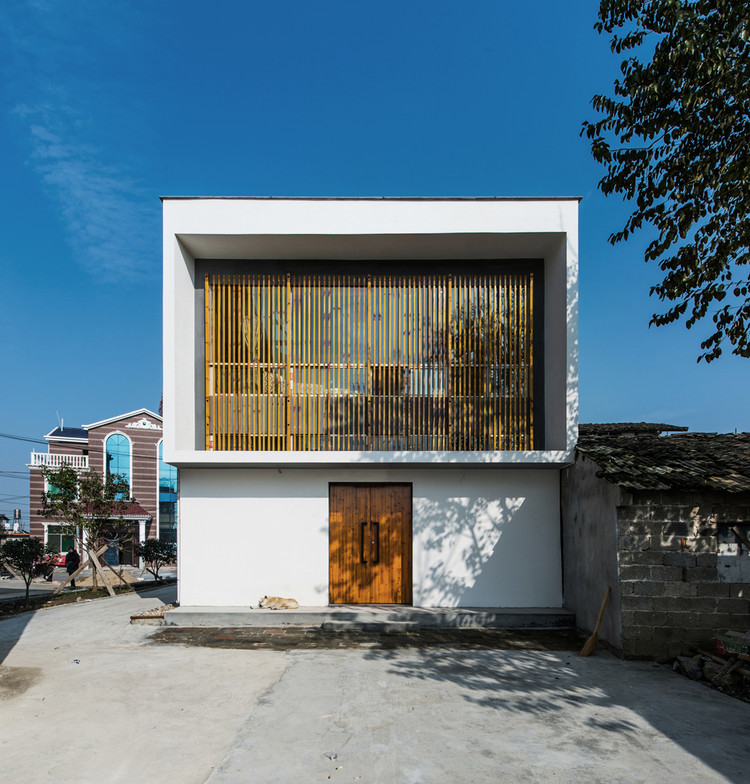 Text description provided by the architects. Jie, a friend of the architect,  previously engaged in the production of hand modeling. In recent years, the construction industry downturn affected his work, so Jie intended to build a house in his hometown with the money saved over the years.

Jie's hometown is a village on the edge of Xianning, Hubei. Gang xia Jie Cun, as the name suggests, is s single surname village. Village has hundred-year-old history, where all of people surnamed Jie. Single surname is common in the south village. Kitchen God is seated in the entrance to a village. Ancestral hall is in the center of the villige. The ancient rural social system of this farming civilization has been preserved till now.

Jie refused to move to the neighboring town to live in the building. He love the place where he grew up. It is convenient to raise chickens,  ducks, cats and dogs. It is only a few minutes Between neighbors.

The old village form texture are still. The crooked path and varying size houses  witness the change of property rights in times. The development and change of caste family relationship can be seen: The descendants have better prospects, their European style buildings are grander.

The house is closely behind the ancestral hall. The ancestral hall can be reached through a south path. The north of the site is the main road. His neighborhood is next to the east. The west is a space behind the temple. The eldest daughter need to review for the College Entrance Examination at home while the youngest son go come at night. The couple will return home. The original single-storey house has been unable to meet the needs for that.

There is a connection between the architectural form of the house and complex neighborhood relations: thw concede between the new volume and the ancestral hall, concert with road, and sight communication with his brothers' house, ventilation, lighting and so on. which lead to setbacks and chamfers in different directions.

Jie House is tailor made for Jie's family of four. The main door is always open because of the enthusiasm of the master. The hall acts as a living room on which a window was made to allow in the sunlight. Passing neighbors can drop in for a chat or cards. The second-floor private living room and the third-floor study are integrated by a big roof with skylights, which makes sunshine in every corner.

The eldest brother's house can be seen in the second-floor bedroom while the second elder brother's in the balcony. The owner is able to talk with neighbors  in a little harder voice whenever he open the windows on the balcony.

Because of the rainy weather, the floors and walls of local houses are damp. Base on the quality of local construction and the overall budget, simple and rational waterproof and moisture-proof structure was designed for Lao Jie to enjoy a new life.

The design of Jie House is expected to respose current urbanization demolition through a rational geometry shape. A clear space organization is made to rebuild the ties of blood in the country. 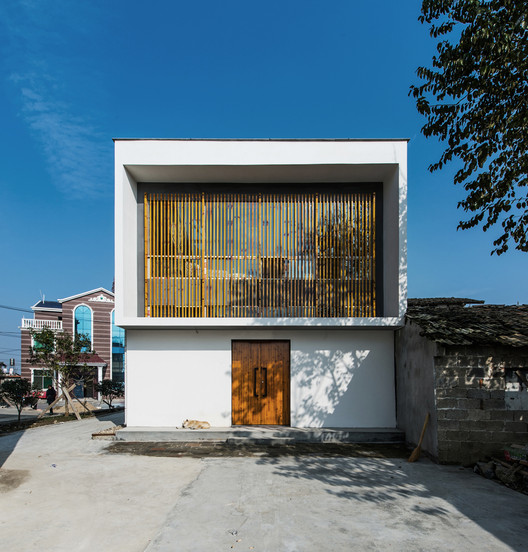