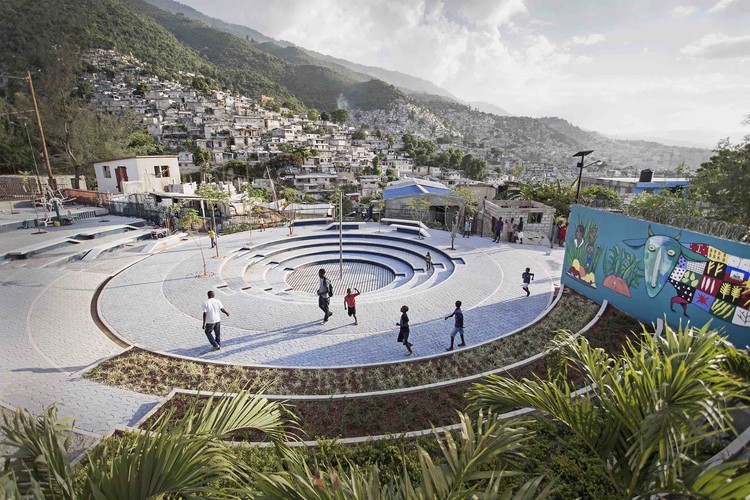 Text description provided by the architects. Tapis Rouge is one of several public spaces in Carrefour-Feuilles, Haiti, built under program LAMIKA, whose acronym stands for “A better life in my neighbourhood” in Haitian Creole. The program, funded by the American Red Cross and implemented by Global Communities, aims to construct multifunctional spaces that facilitate and promote social cohesion through an inclusive approach.

Carrefour-Feuilles is one of the many informal neighbourhoods which suffered extensive damage in the 2010 earthquake. The houses clinging to the slopes of the ravine lack basic services such as electricity, running water and sanitation. There is little formal infrastructure and the cheek by jowl homes are only accessible by a network of narrow corridors that wind up the slope. It is among the tight corners and between the walls of neighbouring houses that social life usually takes place.

After the earthquake, the site of Tapis Rouge used to be a tent camp for displaced people. It sits at the top of a slope overlooking the ravines either side and it marks the entrance to the alleyways and homes below.

The design itself is inherently community-oriented and understands public space as an anthropological ground from which identity and social relations grow. Through a participatory approach and through placing community engagement at the core of the design process, this public space aims to give transformative power to a local community and to provide the residents with a sense of ownership, identity, and pride. The goal was to create a safer and cleaner environment, which would help reduce crime, violence, and anti-social behaviour in the area.

The program and the architectural design have been established directly with the community. An open-air amphitheatre, intended for community gathering, marks the centre of the space. Dotted around the edges of the seating-steps are several Flamboyant’s that, when fully grown, will shelter the users from the sun. The concentric rings beyond define areas within the plaza. One, is occupied by outdoor exercise equipment and seating. In another one, near the wall, the locally-made blue pavers give way to terraces of greenery, each with different plants. Above it, by the top end, a row of palm trees conceals storage tanks for the adjacent water distribution station. The well that feeds the tanks and station brings water from 100m below ground. The revenue generated from the sales of water will be reinvested into maintaining the public space.

The wall that runs along the perimeter of the site has been transformed by the community and local artists with colourful murals. The designs emerged from one of the community engagement workshops, in which artists discussed the value of art with people from the neighbourhood. The children from the area, their parents and artists from Le Centre d’art and French artist Bault worked together on the final piece, which reflects Haiti’s rich painting tradition.

The pre-cast concrete pavers that create the vibrant pattern on the plaza have been locally fabricated in Haiti. Their use in the project has been discussed directly with the community of Carrefour-Feuilles. The vibrant colours have been tested with ARCOD and are aimed to provide the community with a different colour palette, which is often left cement-like due to a lack of resources for finishes.

Carrefour-Feuilles is characterized by extreme poverty, poor vehicle and pedestrian circulation and limited access to electricity. The installation of solar lights is aimed to provide the community with a safer and cleaner environment.

As part of a multi-functional programme, the low-impact workout equipment, specifically requested by the community, is designed in an intuitive way for weight-based exercises. Green Gym will also provide training to the users of the public space. 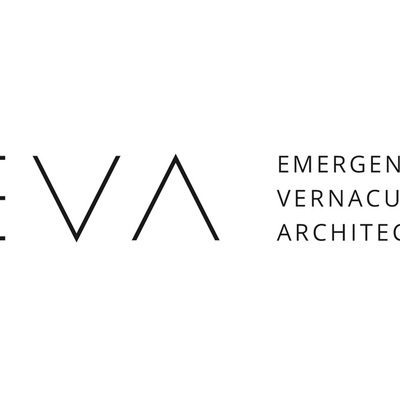 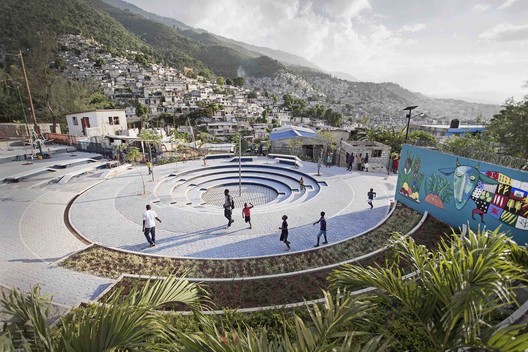