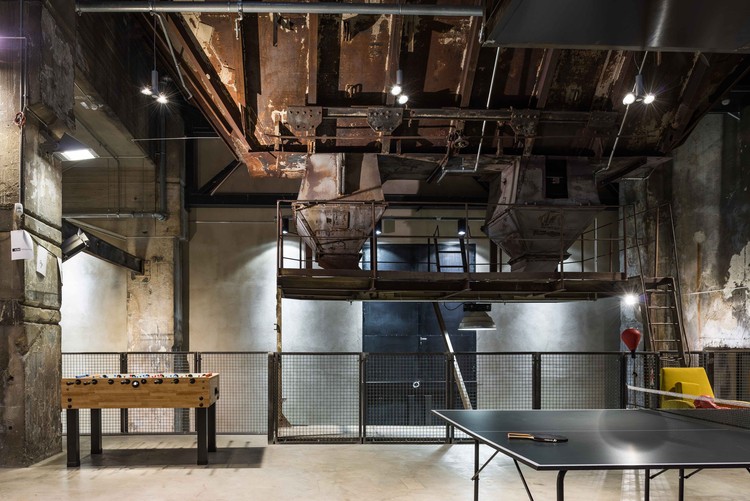 Text description provided by the architects. Kultuurikatel is a former power plant, located in Tallinn between the Old Town and the sea. The project focuses on simple principles of spatial organization to meet the needs of creative users. The key of the project is openness.

Original complex was built in the 19th century with various additions in the 20th century. Buildings are listed as heritage monuments and are owned by the city of Tallinn. After renovation it has different halls for performing and rehearsal, club spaces, studios, offices, integrated with a continuous common space enabling all kinds of possibilities.

Despite its alternative look, building is selected as a main venue for 2017, when Estonia holds presidency of the Council of the EU.

The project focuses on simple principles of spatial organization to meet the needs of creative users. The tight budget is a challenge – any intervention has to be precise and to the point. The key of the project is openness – it should enable later additions and unplanned developments. To integrate external impulses, workshops and users‘ input has been used. Communication with various parties was an essential part of the project. The design concept developed alongside the concept of the Cauldron itself. The project is built in stages, many spaces will be equipped with the barest minimum and to be finished by the user.

It is renovation project and materials are used according to the initial architecture. Replacements and new additions are done in a sensitive way and surfaces are left unpolished as it was in original state (exposed concrete, steel, brick). 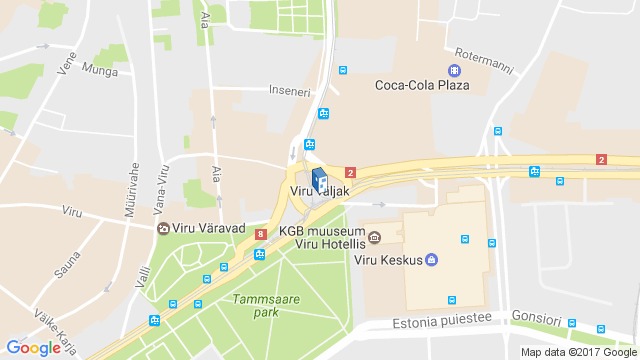 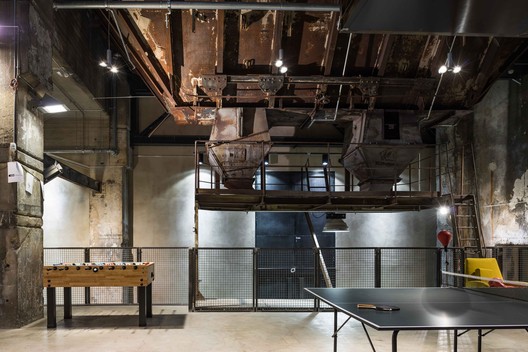