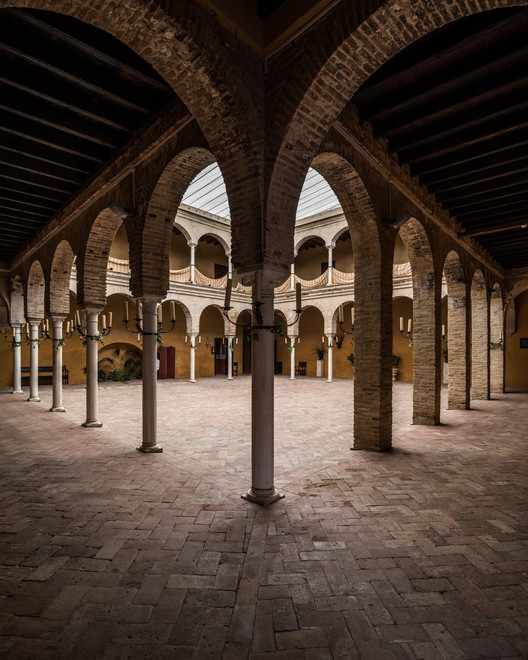 Text description provided by the architects. It is a 16th century Palace in which different architectural stages and building overlaps are distinguished to the present day. The building is cataloged according to the PGOU of the locality with in the Catalog of Protected buildings, elements and urban groups of interest.

The Palacio Portocarrero, together with its Spanish-Mudéjar style botanical gardens surrounded by Almohade walls from the 11th-12th centuries, forms a spectacular complex that is located in the heart of Andalusia, between Cordoba and Seville. It is an architectural jewel that was hidden and in ruins and after years of careful restoration it shines again.

A beautiful architectural monument cataloged BIC (Well of Cultural Interest) that owns a very rich history millenary mixture of civilizations that goes back to year 105 d.C. In Roman times. The Palace Portocarrero offers its Roman legend, archaeological remains both Roman and Arab and a building with areas of the fifteenth and sixteenth century mainly.

Touring the palace and strolling through its gardens, we are surrounded by its grand and magical atmosphere, an exclusive look at the Spanish culture and an aristocratic way of life through the centuries. A walk through time. Today, regained its former splendor, is available to organize any type of event.

For 25 years now, the owners, Moreno de la Cova-Ibarra, dedicate their efforts to the restoration of the palace, devastated during the civil war, to achieve the reality that today we can contemplate and enjoy.

Throughout these years, projects, formalizations, actions and interventions have been carried out, which have been collected with their corresponding projects. 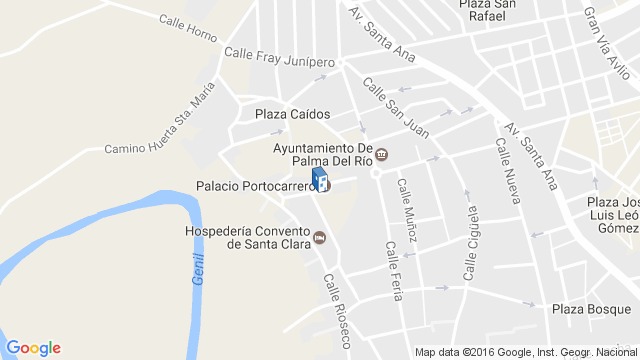