After the earthquake in Skopje in 1963, a slew of foreign architects worked to change the capital into an architecturally dynamic urban landscape. Now, that vision may be obsolete. In Architects of Modernist Skopje Decry Retrograde Remodel, Bojan Blazhevski investigates the overwhelming number of buildings enduring "Skopje 2014" — a remodeling of existing buildings in the capital city. More than 20 modernist buildings have already been made over. Described as "kitsch" by a hostel manager in the city, the project, which aims to draw in more tourists and regain historical elements, has culminated in a neo-classical display. The imitation buildings, however, have produced controversy, with opinions divided on the aesthetic quality of the project. 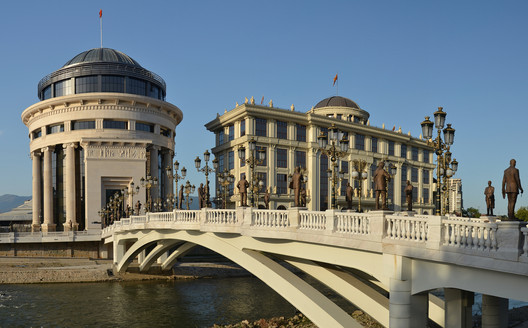