Save
Why Do We Love GIFs?

GIFs are hugely popular and are constantly being shared on the Internet by lots of people. Whether it's expressing some feeling that seems unexplainable with words, freaking out over fluffy cats, endless memes or even hypnotic scenes from movies we love (like the above scene from Jacques Tati's "Mon Oncle"). We see the use of this format increasing in Architecture, and one thing is for certain, we love it.

To better understand this type of file, let's start by explaining what a Graphics Interchange Format (GIF) is.

When we exchange images over the Internet, we generally use file formats that reduce the amount of data stored, eg. .jpeg, .gif, or .png. This makes it so the data stream becomes faster and more versatile, but there’s always a loss of quality that comes from the amount of colors or pixels.

Hoping to increase the effectiveness of sending graphics files CompuServe, one of the first companies in the world to provide Internet connectivity which later merged with America Online (AOL), was responsible for the creation of GIF in 1987. This replaced their existing format RLE (Run-length Encoding) that offered compression with only two colors, black and white. The new format offered by the company allowed relatively large images to be downloaded in a reasonable time, considering the connections of the time.

But what interests us the most about this format that has become so widespread today is the possibility to create animations by adding a series of static images. It was thanks to this characteristic that the GIF became well known mostly for how it was used in the Netscape logo, which was, at that time (1993), the only browser that supported the format.

In 1997, web developer John Woodell developed a method of converting videos into GIFs and ended up creating what was probably the first GIF to ever go viral, the Dancing Baby, which was made from a video created in 3D by the developers of Character Studio.

That same year Olia Lialina, a pioneer in web-art, installed a series called "My boyfriend came back from the war. After dinner they left us alone.” According to an interview published in The Daily Dot, Olia preferred to work with videos, but the GIF format was the only way to have a moving image in an Internet browser.

Since then, many other artists have been developing short animations in various styles that take up just a little too much time of our day. Check them out:

Lacey Micallef, a former preschool teacher who decided to take up pixel art.

Yang Hua Chun, a Chinese guy smitten with animations made from hand-drawn drawings.

Recreations of the classic movie scenes by the artist Bruno Alberto.

There’s another kind of GIF that leaves us hypnotized. Those that describe items that we use every day and how they work.

As well as explaining the mechanisms of a lock or sewing machine, in architecture we can use GIFs to quickly explain, with movement, specific functionalities or processes of a project, a structural fit, transforming a facade or a series of diagrams that show the process of a project. The power of this tool lies in knowing how to sequence the images, setting up an intelligent script that, in a loop, can tell a short story about your building. For some time now we have been encouraging architects to create GIFs about submitted projects and we see a considerable difference understanding their works. Here are some published examples:

The installation is shown in parts in the Nautilus / TEN + NGO City Creative Network project.

Another equally effective way of creating small stories is through photographic sequences or short stretches of videos. Here the images show simple movements, but it would take several mouse clicks to get the desired effect.

See below for a simple explanation on how to make a GIF in Photoshop from sequential images.

We may never understand why we like GIFs so much. It may be the way scenes are cut into very short stories, interesting themes, colors or the infinite repetition of a few frames, but what we know for sure is that in addition to being fun and beautiful, they can be very useful for presenting a project.

Finally, we leave you with these architectural wonders below.

Want more GIFs? See below for more great architectural GIFs as well as some tips:

7 Ways to Use Animated GIFs to Improve Your Project Presentation

How to Create Animated GIFs in Revit 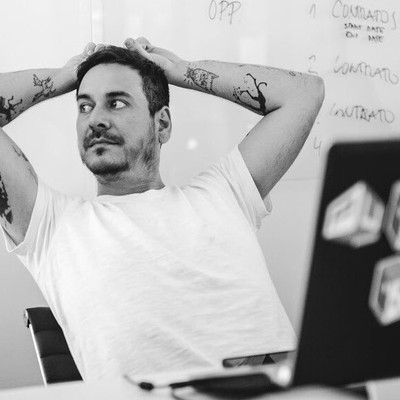 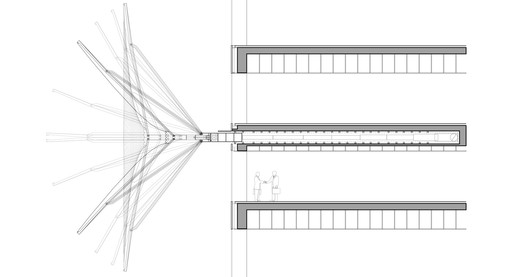