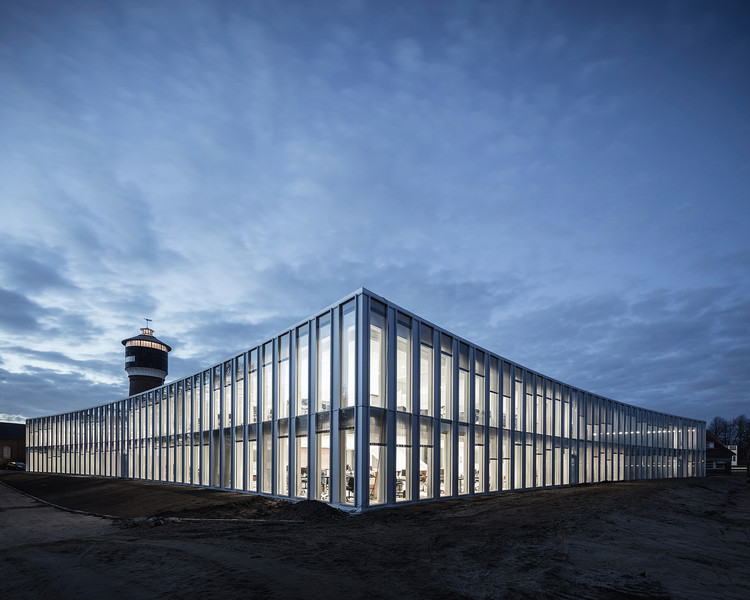 Text description provided by the architects. In 2013, SLETH won the open architectural competition for the extension of Tønder Townhall in Denmark and has since completed the realization of the building and the landscape project.

The original building of Tønder Townhall was built in 1980-1981 and is one of the last realized buildings of the highly esteemed Danish architect Halldor Gunnløgsson. The original town hall has a distinct, heavy expression. It has relatively small windows and visually dominant postmodernism details. This architectural style was very typical in the 1980s, and is evident in many of Denmark’s public buildings from the period.

The proposal for the extension of the original Tønder town hall is based upon the juxtaposition of the historical town hall - a classical public office building with corridors and offices, reception and a central arrival hall – and an addition that brings in something new - a distinctly open and transparent public house. The new building opens up towards the town hall and creates a common space for its employees in an informal and open structure – a democratic and none-hierarchical plan. The addition submits itself to the existing town hall, but still has a specific expression – a glass building that meets the outdoors and is inviting in an informal manner. The concept for the proposal is a dialog between the brutality and heaviness of the original building and lightness and delicacy of the new building. The project is not creating two competing buildings, but two parts of the whole that works together and supplement each other.

Product Description. The new building is located in the transition between significant historic buildings of the town and the marshland landscape. The atmosphere of the historical city is brought into the town hall by using red brick as the material of the new courtyard and the ground floor surface of the building. The marshland landscape is marked in the curved shape of the new glass facade building, which underlines the landscape and the nearby river curves. 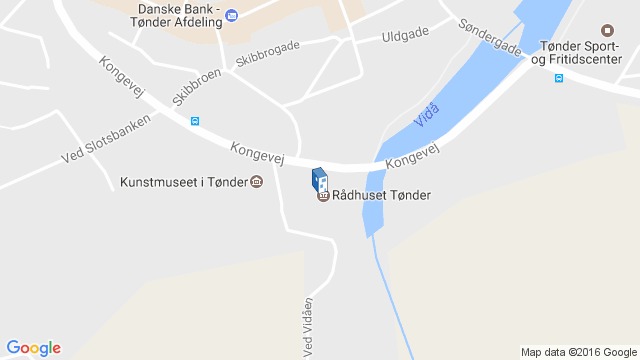