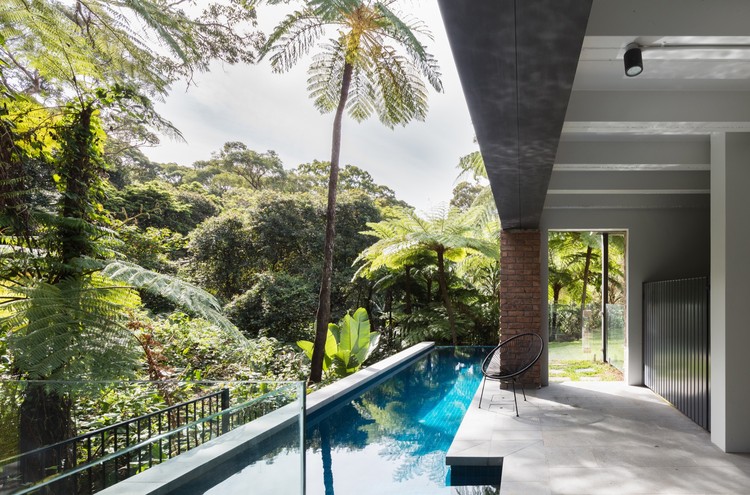 Text description provided by the architects. Set on the edge of a national park, the Burrawong House has undergone a transformation that establishes compelling links between the dwelling and its bushland surrounds, providing opportunities for serenity and retreat. Bijl Architecture was engaged by the owners from the very conception of the project, assisting with identifying an ideal site that captured both tranquillity and suburban amenity.

Through careful manipulation, alteration and augmentation of the original 1970s brick dwelling, the scheme interacts with its bush surroundings in an interplay of light and shadow. The simple form of the original 1970s dwelling required specific formal responses, with the new additions designed to nestle under and into the existing building form.

Key design elements such as large picture windows, clerestories, raking ceilings and internal/external spatial flows have been leveraged so as to compete with the shading of the extensive foliage and deal with the difficult bush fire zoning. Utilising this design approach, an equilibrium of spaces come together, making the house work vertically as well as horizontally.

A series of careful insertions – under the house to create a music studio, at the side of the house to create a magnificent lap pool that juts into the bush – translates into a multiplicity of soft or transitional spaces for escape and relaxation. The result is a house that bows to the bush, that makes the most of its original, modest form by offering a flexible family home focused on quiet beauty.

Product Description. As the property is in the highest level bushfire planning zone, any new external materials needed to consider not only the aesthetic and form of the original 1970s brick dwelling, but also the ability to withstand stressful bushfire conditions. We also considered how any additions to the existing dwelling would best blend with the highly textured and coloured brickwork as well as the dense bushland surrounds. Thinking about these various parameters, we decided to preserve the original long line of the existing dwelling by placing a ‘pop-out’ addition on the street façade, accommodating a modest extension to the ground floor plane. This addition is clad in Terracade panels, made by Austral Bricks – the terracotta panels comply with the bushfire requirements and allow an efficient wall thickness to be achieved. The panels allow the new addition to make a contemporary reference to the brick ‘units’ of the existing dwelling, while contributing to a slick rectilinear aesthetic. Overall, the box form and its clean, grid-like surface complements the existing building fabric whilst making its own statement as the new street-facing element. 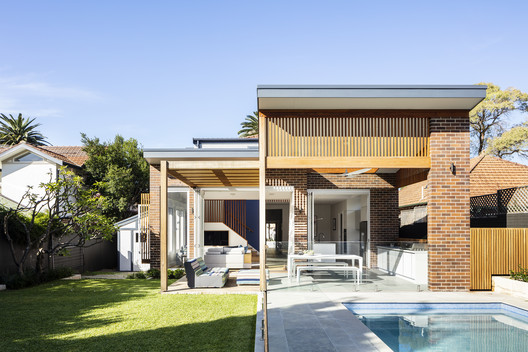 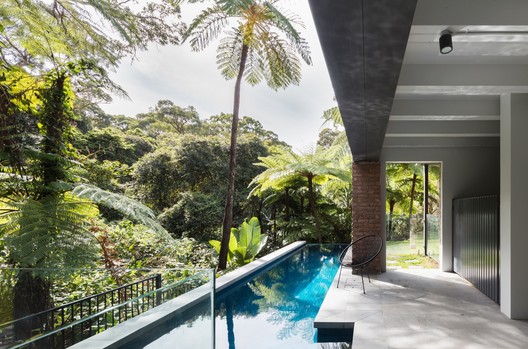