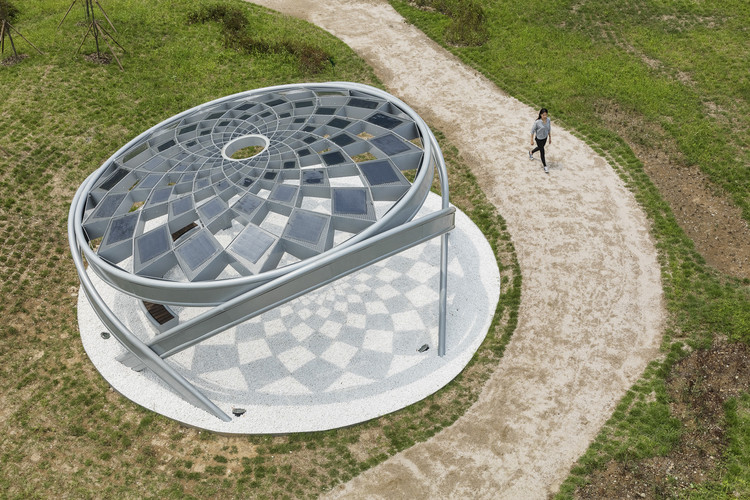 Text description provided by the architects. Nature is created by the providence of nature itself. The innate ability to expand in size to take in as much sunlight as possible, the nature of splitting up and penetrating into the earth to absorb even a tiny drop of water, and the vertical impetus to go against gravity and soar perpendicularly; as such, nature endeavors to create the optimal forms and arrangements based on the instinctive energy for survival. To this end, nature finds its own beautiful order, and grows according to the optimal proportion, size, and geometric principles between symmetry and asymmetry, between balance and imbalance.

This structure is a sunlight generation sculpture that derives from the geometric pattern and form of a pine cone, which are optimized towards natural order and principles, thereby forming a place of rest as a natural creature through cutting-edge digital fabrication. The overall structure largely consists of the roof adorned with geometric patterns, pipes propping up the roof, and materials connecting between them. The roof is built in a shell structure consisting of prefabricated modules designed for the installation of solar panels and electrical wiring. The pipe structure to support the roof forms a three-dimensional structure with two-dimensional arcs that intertwine and support each other without vertical members, resembling vines. Both the installation and assemblage are done through prefabrication, while every component was manufactured in a factory by module and bolt-assembled on the ground, thereby minimizing field work for the optimal use of time and space, as well as maximizing the structural aesthetics of the structure’s geometric shapes.

Installed with solar panels, the roof inclines at an angle optimized to receive as much sunlight as possible, in order to create a resting area within nature decorated by beautiful patterns of shadow on the floor of the interior during daytime, while powering the lighting inside the building and the outdoor lighting in the park around the building during nighttime by generating as much as 1.2kW per hour. This project is a prototype for mass production, and also an attempt to respond to the potential demand for an environmental structure using solar panels, as well as for creating a new market by commercializing this type of eco-friendly structure through the incorporation of design elements. 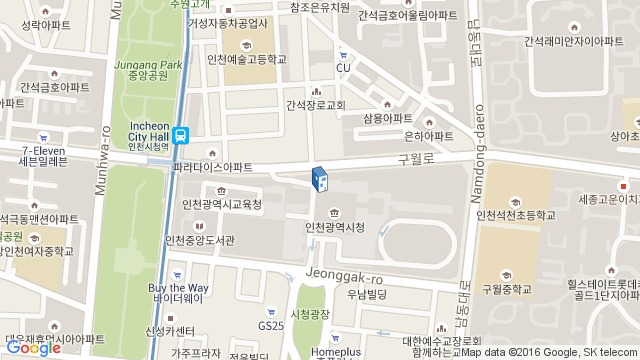 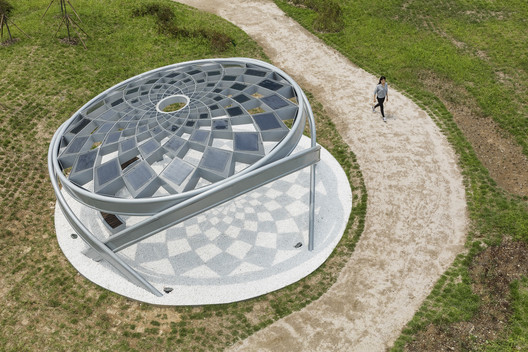