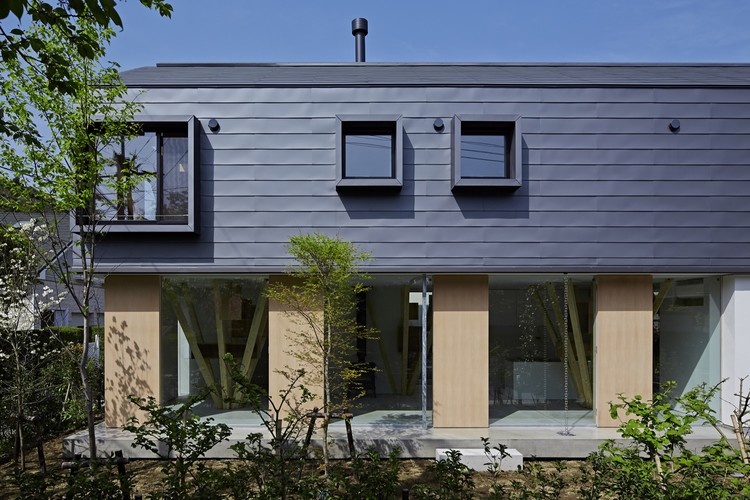 Text description provided by the architects. The site is located in Kamakura, one of the ancient city of Japan. Y house is a house for a couple and their three children.

The surrounding can be characterized by gabled roof low rise houses built in high density with lush greenery, narrow street with hedge and clayey wall. Y house is considered as a continuous space to this ambient context supported by treelike structure.

The diagonal columns are tied together at the bottom and reaching the roof grid frame at their top. On the ground floor, these columns appear as trunks of trees making the space open and one continuum with the garden. In contrast, on the first floor, they become dispersed and one may feel like surrounded by branches of trees. Daily goods inserted and stored in-between these columns, act as leaves of tree, will gradually define personal space for each family member.

We consider Y house as a case study, an application of more general system that spread columns and their density defining the space. However, in contrast to modern architecture models that is more universal in all direction, this system is pursuing an architecture that blend and respond to ambient context, or gravity. 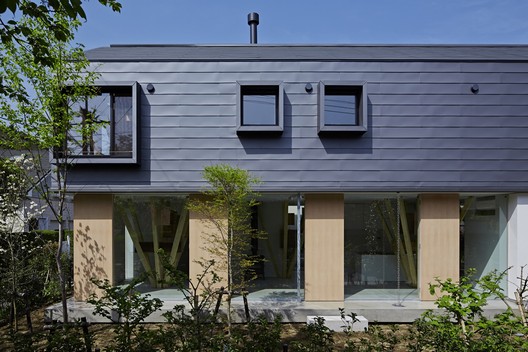