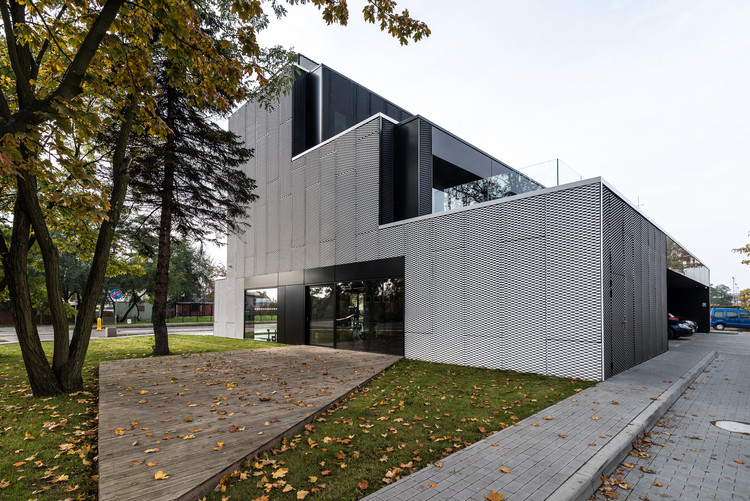 Text description provided by the architects. The form of a three-storeyed building for Wiadomości Wrzesińskie (Wrzesińskie News) editorial office was determined by its functional program as well as  a low budget. Terrace-shaped silhouette is an answer to different needs of publishing house's various activities. At the same time reduction of surface and optimization of functional program let to reduce costs of investment.

On the ground floor there are customer service, conference room with facilities, cafeteria and a small car park with parking place for bicycles as well. Because of the most complex functional program of this storey its area is bigger than next floors. Due to its public function, the ground floor is also the most open part of the office building – its facade is glazed and enclosed with a small roof that creates a welcoming entrance area.

First floor, with a slightly smaller area than the ground floor, accommodates editorial rooms. Designing this part of the building was the biggest challenge, because we had to combine two different assumptions: the first is openness and transparency of journalism, the second one is related to the specific nature of this job. Journalists spend most of their work time in front of computer monitors, and to provide them with a comfortable environment we had to limit the amount of sunlight entering the interior.

On the northern side of this floor are located editors' offices, small dining area and a conference room. All these rooms have access to outside terrace. Open space with journalists' desks is located on the southern part of the storey. To protect interiors against the sunshine we decided to cover front elevation with perforated screens made of aluminium composite panels with holes cut on the basis of our project. The pattern of a perforation was inspired by newspaper's columns. In this way an elevation can be a visual identity of a building.

The perforated façade, that during a day provides protection against light, after dark is almost invisible. Illuminated building is alive late into the night, so long as the work lasts. We chose this kind of cladding also because of extensions plans for the future. Mesh panels enable seamlessly junction of older and new part of a building while still maintaining its contemporary look.

The second floor of a building accommodates Internet television studio, small guest room and technical infrastructure. From the observation deck one can admire the city skyline.

Thanks to terraced shape of building's block we received exterior spaces that is covered with greenery. They create recreational areas for workers while at the same time  they cause that the building is more environmentally friendly. Greenery is a natural air filter and it absorbs rainwater reducing the amount of water discharge to municipal sewers.

Product Description. Southern facade of the building is covered with perforated screens to protect interiors against the sunshine. These screens are made of aluminium composite panels with holes cut on the basis of our project. The pattern of a perforation was inspired by newspaper's columns. In this way main facade acts as a visual identity of a building. The perforated facade, that during a day provides protection against light, after dark is almost invisible and one can see what is happening inside. Illuminated building is alive late into the night and looks like a big lantern. 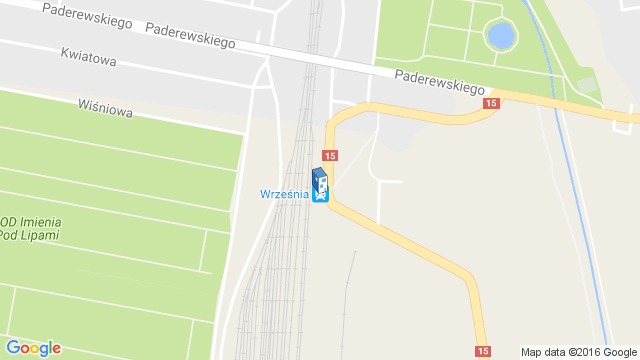 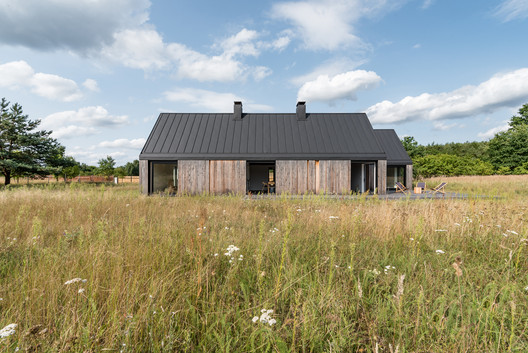 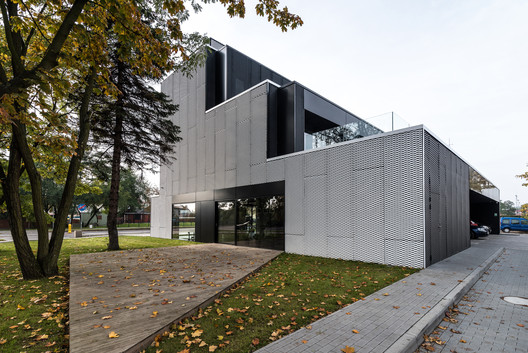