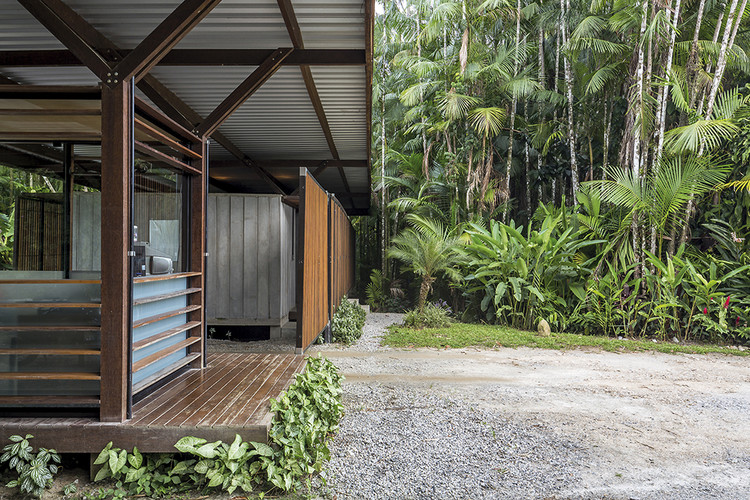 Text description provided by the architects. Located in a residential condominium in Barra do Una (a beach located near of São Paulo city), the project Pavilion Una signed by the brazilian architecture office Apiacás Arquitetos had the feasibility as a premise, considering the choice of materials and mainly focusing on the constructive details, capable of organizing the assembly system. Therefore, the structure is made up of standardized and modular elements: the foundation was executed in concrete, followed by pillars and beams in Cumaru wood, strategically placed in central axes in order to give greater freedom to the pivotal doors that make up the facade.

These closures consist of interspersed wooden slats that end up acting as vertical bricks, exerting a double function of protecting the construction and revealing the Atlantic Forest where it is inserted. The ground is suspended 50 cm from the ground in order to avoid any flooding due to its proximity to an existing stream. All the connections were made in metal parts in order to facilitate the assembly and guarantee better structural performance for the meeting of pieces. In this way, the wooden fittings consequently become simpler and faster in their execution. The roof, in metallic tiles, has a continuous shutdown, all around the perimeter, favoring the circulation of the air by convection, in addition to balancing the light filtered by the closing panels.

The set of furniture was also idealized according to the initial premises of the project: made of the same kind of wood, they follow the rigor and simplicity of the constructive logic designed for the work. Reaffirming our premise of looking at a tectonic coherence no matter the scale of the object. 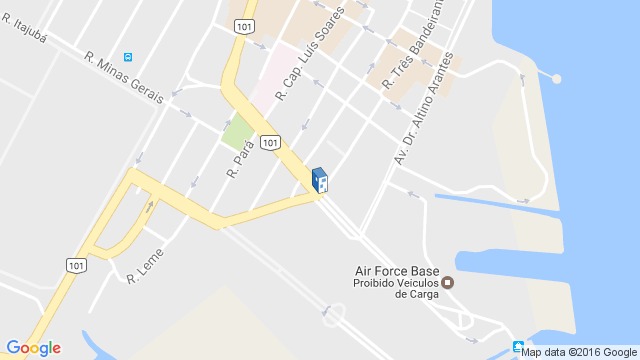 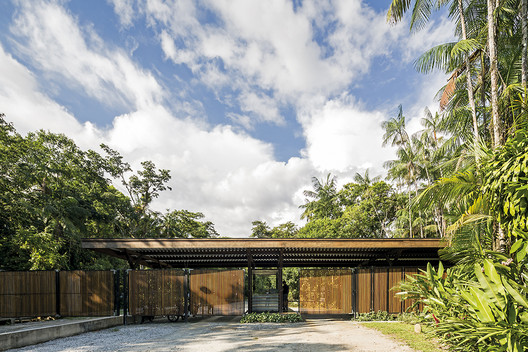