The new police station is located on the outskirts of the neighborhood in a zone reserved for council buildings. The proposal is placed in a pre-existing grove of magnificent beech trees that determine the main decisions for the project. The main building mass is concentrated at the north end of the site, in the unoccupied area, while the car park is organized around the grove. The remainder of the site forms a green cushion that separates the building from the road becoming a transition space for the visitors.

The building is separated from the street by no more than a wooded garden. There are no railings to bar the public. The police should be seen to be accessible and friendly. A compact, horizontal, abstract and introverted volume is proposed due to the requirements of high-security, use and flexibility of the program. The public entrance is formed by raising the head at one of the ends of the building forming a large access porch. The staff entrance is placed at the opposite end of the main facade.

Once inside everything changes. A system of double height spaces and patios organize the private zones and flood the interior with light. The color white becomes the main player. Its texture changes to differentiate the different walls: textured concrete for the exterior, polished stone on the floor, white brick and wood for the walls, perfect white for the ceiling...

The lightness of the interior is also reflected in the organization of the building. The program is ordered around strict hierarchical and functional criteria.

A longitudinal spine-like scheme ordered around the patios orders the program in plan and establishes a clear transition between the public and the private. 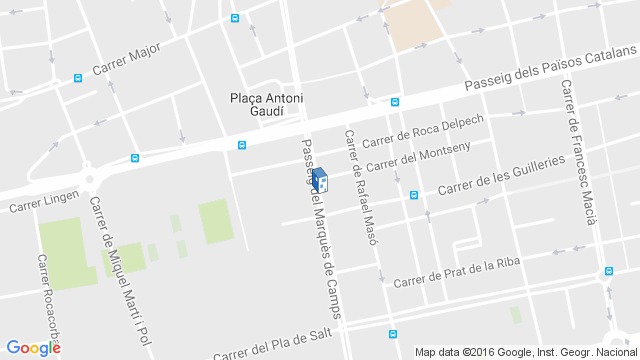