Text description provided by the architects. Detached from the ground

Puma Energy's headquarter in Paraguay is located on Av. Spain, one of the main streets of the city with high traffic intensity and undergoing transformation. The surroundings are defined by buildings of two and three heights which are intertwined with the greenery as well as with utility poles, billboards and cables.

The corporate headquarter is located on a corner plot and thus, highly visible and in contact with urban traffic. Taking advantage of this situation, the building rises from the ground on four pillars releasing the ground floor, which allows a direct connection between the city and the building. Thereby, working spaces are concentrated in an elevated block, surrounded by greenery and isolated from the bustle of street.

The project has a clear urban vocation. Ground floor is conceived as a flexible space without a specific program, in direct relation with the street and covered by the large concrete slab. The enclosure of the lobby is conceived as a series of concatenated doors that may be completely opened for public events. Therefore, ground floor acts as an extension of the city into the building where interior and exterior merge, as well as their public and private nature.

The office block is supported by four pillars only, which not only determines an open ground floor, but also an office space completely diaphanous and without structural constraints. Thus the perception of spaciousness and flexibility for possible changes in the future distribution is favored.

The horizontal structure is materialized in two-way post-tensioned slabs, avoiding thick solutions and favoring the necessary compactness due to height limitations set by the local regulations to 12m. high. The slabs are optimized thanks to the inner location of the pillars which compensates for large spans of approximately 15 meters by creating a continuous overhang all around the perimeter which acts as a large threshold for public access.

The façade solution is conceived for a double purpose. On one hand, it has been designed to maximize natural light while minimizing solar heat loads. On the other hand, is has been conceived to be perceived as light veil; a cloud of slender profiles, which perception is dynamic while the user moves around it by car or on foot. The building creates a visual dialogue with the spectator as he or she moves around it.

Its configuration, based on the addition of vertical profiles arranged on slightly curved facades, allows a dynamic and vibrant perception of it from the passing vehicles. The slightly curved contour of the building stresses the relationship with its immediate surroundings, towards and away from the neighbouring buildings and nearby trees.

The resulting perception either from the inside or from the outside is of a light and slender veil, an abstract and dynamic urban block which is detached from the ground, and suspended in the air. 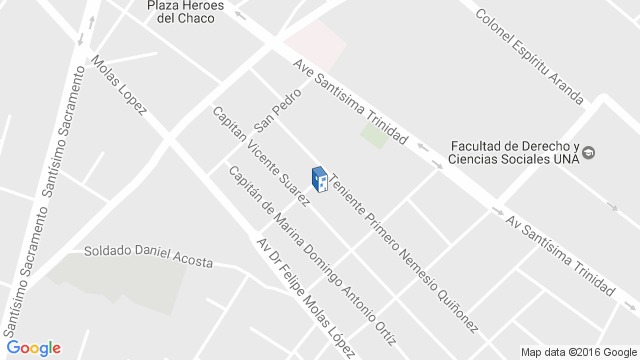 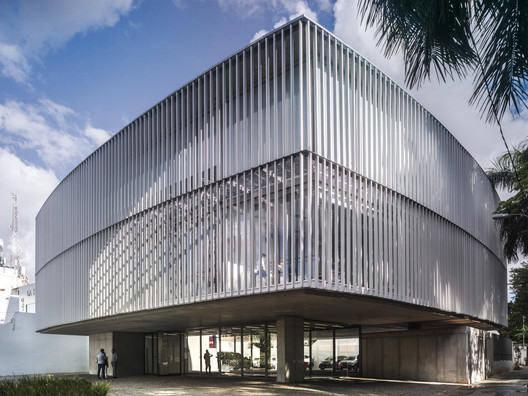