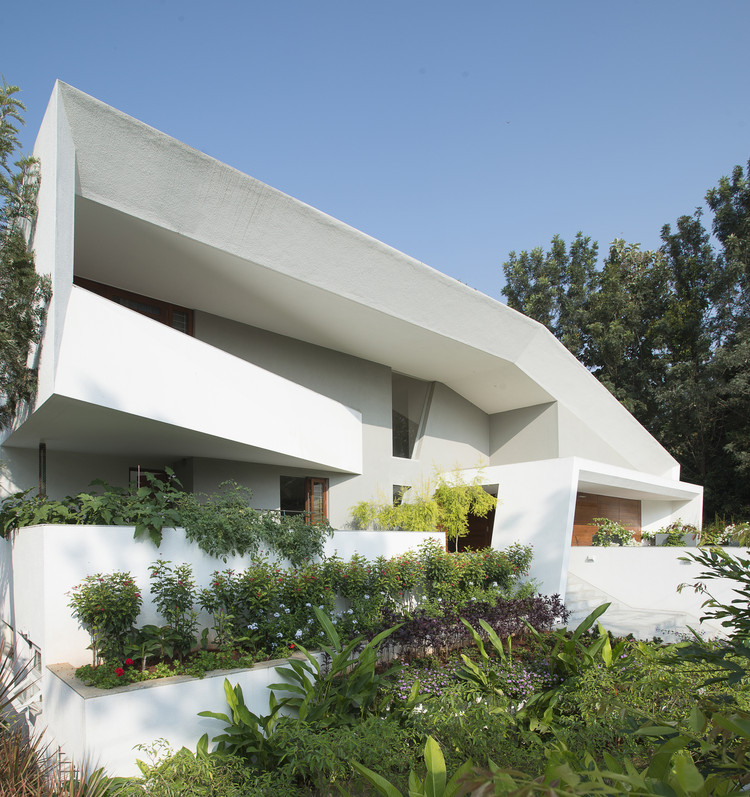 Text description provided by the architects. The site for the house is located on the fringe of a fast developing area of Bangalore, which has a rocky hillock as the backdrop. Located on a T junction in a gated community the site steps up away from the road towards west in three levels. These three levels became the basis for establishing the house and its connection to the ground. A house is often a complex assemblage of disparate functions and desires; Collective vs individual, public vs private, formal vs informal, immediacy vs slowness, largeness vs intimate. The house for a soon to be retired doctor sought to embrace this complexity. Programmatically, three bars were conceived to hold public, semi-public and private spaces arranged around a large courtyard. Circulation spine meanders around the courtyard offering connect to the outside.

The courtyard itself is a marvelous device that blends disparate entities into a coherent whole. It mediates between the uncontrollable nature and the stable built form and adds another layer to the binary distinction of in or out. In this house, three layers of open spaces provide three different zones; front yard for transition, courtyard for congregation and backyard for retreat. Openings, windows and slits are carefully choreographed to provide connect to these open spaces. These connections from inside to outside circumvents the serial nature of circulation space along a path and blurs the boundary between set programmatic spaces.

The overall built form is wrapped by a series of facets that unites the three programmatic bars and suggests comforting togetherness and ceaseless continuity perhaps evocative of the multiple horizons the initial stepped site offered. The facets negotiate between the ‘hard’ rocks and the ‘soft’ landscape and establish an in-between condition much like the courtyard around which it wraps. 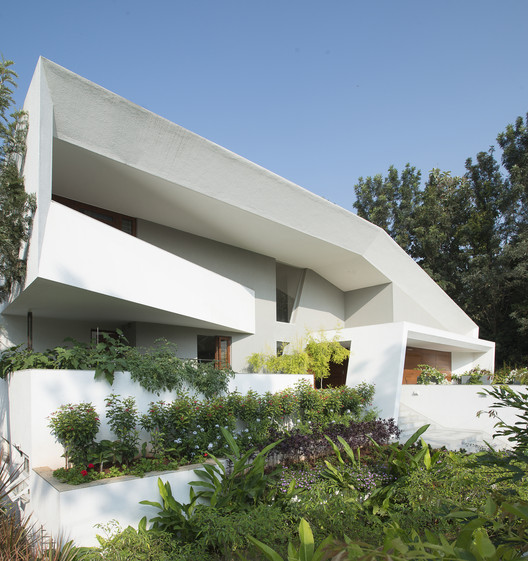