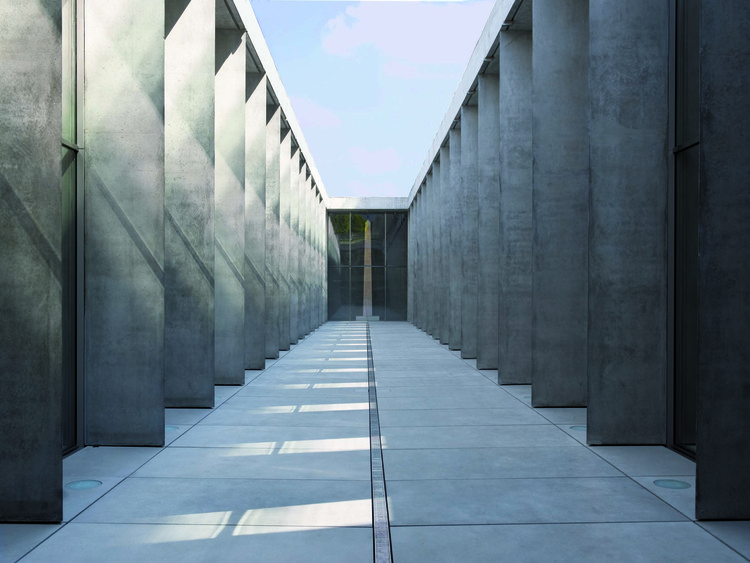 Text description provided by the architects. The extraordinary urban development with the large free square in front of the Old Pinakothek made it possible to close this square with a generous, quiet building in the south, which takes up approximately the proportion of the Old Pinakothek, vis-à-vis in the north, where the new building lies. In accordance with the lateral emphasis of the Old Pinakothek with its space-limiting risalits and avenue, is the entrance to the University of Film and Television located in the east of the new building and in the west the entrance to the State Museum of Egyptian Art, which is buried like an archaeological excavation underneath the green forecourt.

The public is invited to use the numerous facilities and events like the library, movie screenings, lectures and festivals by the Foyer of the University- a large opening in the stone pedestal of the building. The public space continues inside the building, where it is surrounded by cinemas, seminar rooms, the cafeteria and a library. In contrast to the extroverted foyer, the studios are located in the protected concrete base to ensure a concentrated and protected work. In the glass upper floors, smaller offices and office-like uses are accommodated.

"In the museum, my aim was to create a place for the precious exhibits, in which the atmosphere of ancient temple complexes, from which they are largely derived, is translated into a modern architectural language." Peter Böhm

The large walls of the pedestal are executed in a light, slightly ocher-colored concrete, while the wall of the Egyptian Museum is kept in a darker, red granite-like shade - a coloring game which is found in the Old Pinakothek (with the addition of Döllgast) . The double skin of the glass body of the upper floors is a chirping, flickering band with the light play of rotatable glass discs and sun protection lamellae in varying positions. The entrance to the Egyptian Museum, which is marked by a large wall slab, is reached via a separate forecourt, which is designed as a flat inclined ramp. The museum is based in the underground and its rooms are grouped around atrium, which is cut into the lawn area and is also used for exhibition purposes. 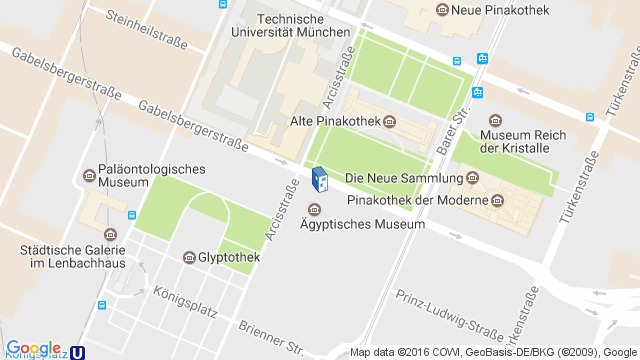 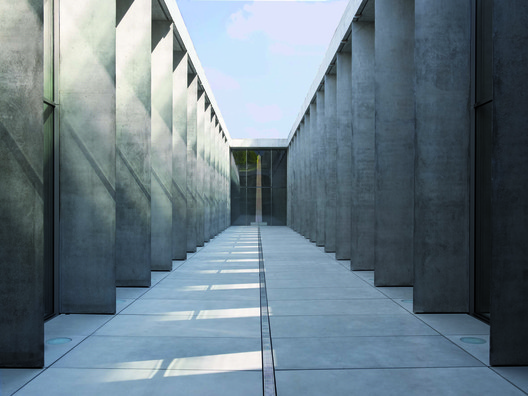