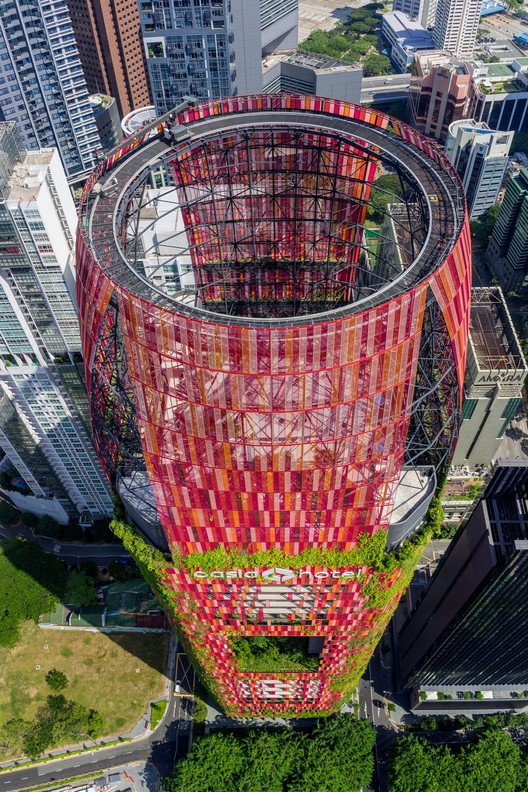 Text description provided by the architects. A verdant tower of green in the heart of Singapore’s dense Central Business District (CBD), Oasia Hotel Downtown is a prototype of land use intensification for the urban tropics. Unlike the sleek and sealed skyscrapers that evolved out of the temperate west, this tropical “living tower” offers an alternative image to the sleek technology of the genre.

In response to the brief for distinct Offices, Hotel & Club rooms, WOHA created a series of different strata, each with its own sky garden. These additional “ground” levels allow generous public areas for recreation and social interaction throughout the high-rise, despite the inner city high density location.

Closely overlooked by surrounding towers, the tower carves out its own internal spaces and dynamic views instead of relying on external vistas for visual interest. Each sky garden is treated as an urban scale verandah, sheltered at high level by the preceding sky garden and open sided for formal and visual transparency. The openness also allows breezes to pass through the building for good cross-ventilation. In this way, the public areas become functional, comfortable, tropical spaces with greenery, natural light and fresh air instead of enclosed, internalised air conditioned spaces.

Landscaping is used extensively as an architectural surface treatment and forms a major part of the development’s material palette both internally and externally. Achieving an overall Green Plot Ratio of 1,100%, the tower is conceived as a haven for birds and animals, reintroducing biodiversity into the city. This quantum of green is an exciting number, as it effectively compensates for the lack of green in 10 surrounding buildings. The tower’s red aluminum mesh cladding is designed as a backdrop that reveals itself in between 21 different species of creepers, with colourful flowers interspersed among green leaves, providing food for the birds and insects. The creepers will form a mosaic with each type taking over its most suitable conditions of light, shade and wind. Instead of a flat roof, the skyscraper is crowned with a tropical bower; floral, diverse, soft and alive. 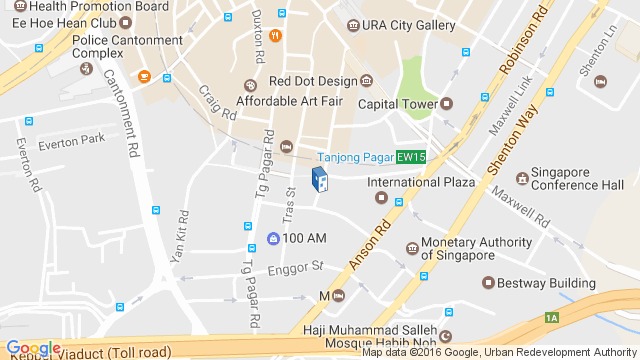 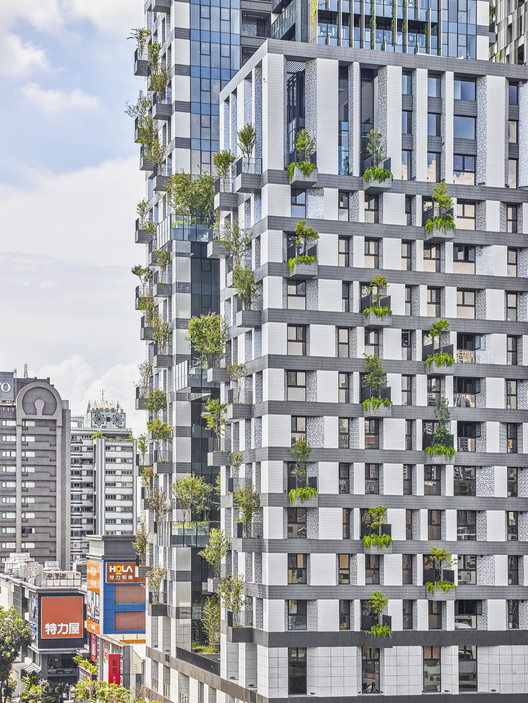