Save
Hui | Origin of Everything / C.DD 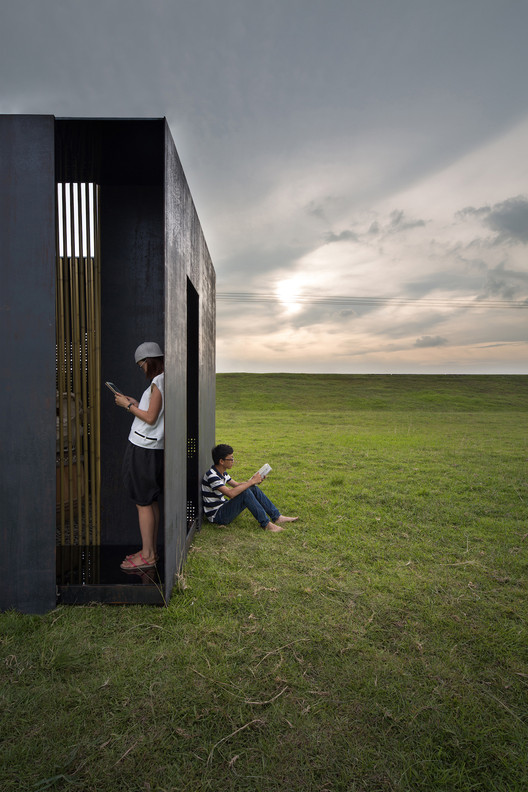 Text description provided by the architects. It is a cubic architectural installation of 3m*3m*3m. This is not a large space; however, it carries the designers’ great affection and thinking for their hometown Foshan. The core concept of the design could be summed up in one phrase” Origin of everything”.

Actually, this architectural installation is an exhibit represents Foshan designed by the designers when invited by Expressions of The City during Guangzhou Design Week. Because the organizer sets limitations to the size of exhibition work, so the designers choose a cube which has the largest volume as the carrier of the architectural installation to express the vast theme “city”. The use of the cube allows the designers to present a journey back to “Foshan” and their original minds around the core concept of “Origin of everything”.

For the structure, the designers use bamboos to form a smaller rectangular space around the geometric center of the cube. A one-way path which allows passage of only one person is thus built along the four lateral facades of the cube. This is the road for the journey. However, when look at the cross section of the whole space from above, the two squares created by the bamboo wall and exterior wall together form the Chinese character “Hui”, which symbolizes “return to the origin”

The process of “Hui”has begun before visitors enter into the architectural installation. Visitors could come into this space alone through a narrow entrance, walk slowly and circle the space with the playing of background music which has a sense of ritual. While looking through the gaps between the bamboos, semi-finished Chinese Southern lion and Chinese leather drum placed in the centre could be seen; it is like a journey from outside to inside of both your inner self and the environment. In respect of spatial level , this  journey , from external environment, the steel plate material of the façade, to the bamboo of the inner wall, and then to the traditional prototypes which enclosed by bamboo, allows visitors to experience the process from modern to ancient and from new to old,  and offers visitors enlightenment from a different angle.

The imagery which represents Foshan also appeared on the façade – the designers piece together the maps of Foshan city and Nanhai county and the words “Foshan”on the steel plate wall with small holes. Functionally, it strengthens the ventilation of the space and gives visitors a better feeling on the one hand; on the other hand, these small holes bring light to the space – apart from that, only the rectangular roof which is partitioned off by bamboos that could provide natural light for the space.  From the aspect of artistic conception, considering that mirrors are used in both the ceiling and floor of the corridor, when sunlight enters into the space through the holes, under the reflection of the mirror, the whole space will become more mysterious, fantasy and changeable. This is the artistic conception needed to be created for the journey of our mind.  And such artistic conception will change according to the position that the installation is placed— when the angle of the sunshine changed, the picture create by light through the holes will change accordingly.

The whole design process is more like a process of re-learning and understanding  of the traditional culture of their hometown, said the designers. But due to the limit of space, so what could be expressed is limited as well. What they hope is that through this well-chosen design expression, more and more people could pay attention to Foshan and try to understand Foshan. From higher level, the designers hope every visitor could be inspired by the architectural installation so as to pay more attention to their hometown’s traditional culture and the original self, no matter where they come from and where they are. 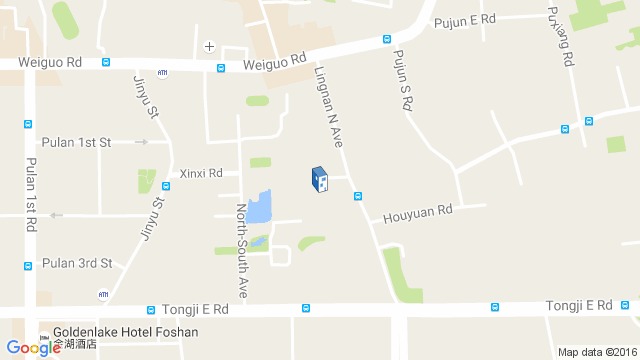