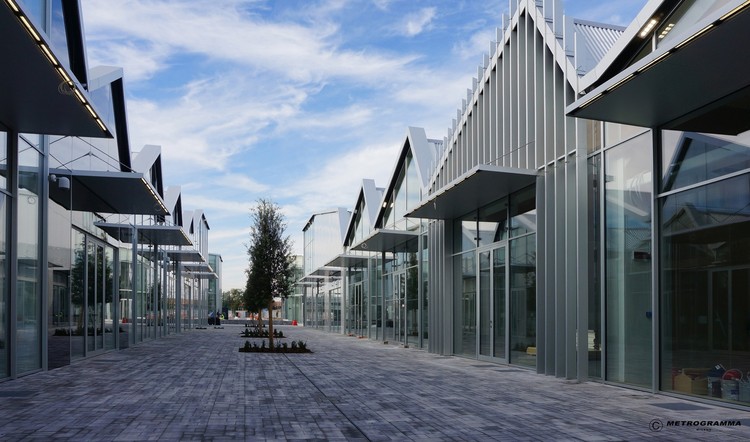 Text description provided by the architects. Scalo Milano is the first city style in Italy. The retailing concept is totally innovative: Scalo Milano represents a commercial City Hub where the fields of fashion, food, art and design are proposed in their most experimental version, as a first preview of product lines.

The new image proposed by Metrogramma is based on the buildings designed previously by Cotefa.ingegneri&architetti. Thus, the new project creates a façade tailored for the existing structures, without changing them. Industry and its factories, icon of Milan entrepreneurial spirit, becomes the reference imagery and the architectural language of the project.

A continuous ribbon of façades designs a geometric skyline. It’s a "haute couture" operation: starting from a various palette of sunset reds, every commercial unit is dressed with a custom-tailored façade made with back-coated glass, steel, mirrors and clear glass. The result is a modular curtain wall that designs a new skyline blending pitched roofs, porticos and sheds.

The approach to lighting design is innovative, putting all the light fixtures in the façade. This change allowed to fully exploit the potential of the open areas with a high illumination level and a sophisticated façade lighting that gently outlines the roof skyline.

The project deals with a brand new public space where flooring, lighting, greenery and furniture become the main characters. The squares become urban lounges and open air showrooms, designed as unique outdoor "rooms" according to their hierarchy and to their commercial vocation.

Open spaces have a clear hierarchy thanks to a balanced design between flooring and the façade. The three main squares - Luxury Square, Food Court, Design Boulevard - are conceived as precious carpets made of three types of stone paving, providing elegance and versatility. Floorings have a unique texture, an embroidery, to characterize these "urban lounges" with a dynamic and original design.

Pathways are covered with a custom pattern made of concrete blocks that contribute to give an industrial flair to the project. The result of different-sized elements, developed with the manufacturer especially for Scalo Milano, is an apparently random texture, a continuous weave that follows guests throughout the commercial district.

Product Description:
1. The Grigio Carnico marble, extracted by Margraf, is a grey-coloured limestone rock with noticeable veins and islands. The resistance of this marble to low temperatures, makes it perfect for outdoor paving and covering.
2. City Style is a concrete blocks pattern, developed by Metrogramma and Senini, made up of different-sized elements with an apparently random texture 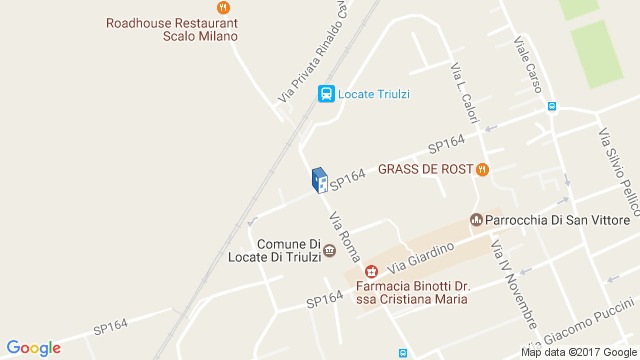