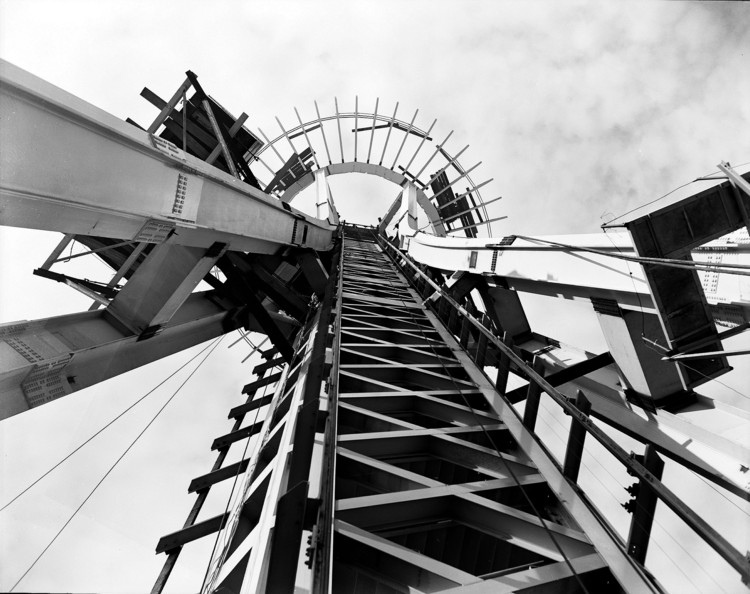 Seattle was particularly fragile as the Space Age dawned. At the time, the city depended on two primary sources of employment: maritime trade and that of aircraft manufacture (the Boeing Corporation). Shipping between the western United States and other countries along the Pacific Rim frequently passed through Seattle, but the growing popularity of the jet airplane allowed for shipments to cross the ocean without ever passing through the region. Boeing, which had made its headquarters in the city in 1910, was also one of the largest employers the area, but the threat of economic downturns—and the layoffs that followed—drove both local business owners and city officials to begin brainstorming a way to entice other companies to settle in the city.[2]

Impetus for the 1962 World’s Fair, as it was colloquially known, did not come only from Seattle itself. The launch of the Soviet satellite Sputnik in October of 1957 was an undeniable challenge to a United States in the midst of the Cold War, necessitating a timely and emphatic response. It was under this mandate that the federal government selected Seattle as the host for the country’s next World’s Fair; one which, it was hoped, would demonstrate American technological superiority – both on Earth and beyond.[3]

The idea for the Space Needle itself came not from the Soviet Union, but from Germany. When Seattle World’s Fair Commission chairman Eddie Carlson dined in a restaurant in Stuttgart’s Fernsehturm in 1959, he quickly decided that the Century 21 Exposition required a similar landmark attraction. He wasted no time in sketching out his vision of this tower on a number of postcards sent to other fair officials; while rather crudely detailed, the slender form of his concept drawing was clearly inspired by the Fernsehturm. In response, one of the officials suggested that Carlson enlist architect John Graham, Jr. to turn his sketch into a reality.[4]

The collaboration between Carlson and Graham resulted in substantial revisions to the initial concept. Early versions of the Space Needle resembled an enormous balloon, either tethered to the ground or sitting atop a column; it was Graham who turned the sphere into a saucer, a form perhaps more fitting in light of the tower’s Space Age inspiration. Approximately a dozen designers contributed to the project, each recruited into a team by Graham for the task. One member in particular, Victor Steinbrueck, was responsible for the tripod support shaft; its double-decked crown was concocted by member John Ridley. The final design was decided upon only a year and a half before the fair’s intended opening in 1962.[5,6]

The next six months were spent securing a lot upon which to build the tower. Although the Space Needle was to be the exposition’s greatest attraction, its construction was not financed by the city; the investors, therefore, had to purchase a lot within the fairgrounds. Eventually, a 14,400 square foot (1337.8 square meter) site was found, and construction could finally begin with only a year left before the beginning of the Exposition.[7]

With the deadline looming, construction proceeded rapidly. The first step was to dig a hole 30 feet (9 meters) deep and 120 feet (36.6 meters) across into which the building’s foundation could be poured. This concrete pour would be the largest attempted in the West to that date: over the course of an entire day, a total of 467 cement trucks worked to fill the gaping hole. The resulting foundation was so heavy that it weighed as much as the tower that sprouted from it. In spite of the Space Needle’s slightly top-heavy appearance, its center of gravity is only 5 feet (1.5 meters) above the ground.[8]

From this massive foundation arose a slender tower whose skyward growth did not end until it had reached 605 feet (184.4 meters) tall. The structure comprises a steel tripod, with each of the three legs pinched just above the middle of their height and topped by a multi-level tophouse reminiscent of a flying saucer. This tophouse consists of five stacked layers: a revolving restaurant, a mezzanine level, an observation deck, a mechanical equipment level, and at the tower’s pinnacle, an elevator penthouse. The structure was also originally crowned by a 50 foot (15 meter) natural gas torch.[9] Suiting the futurist leanings of the fair, the Space Needle was also painted in the colors Astronaut White, Orbital Olive, Re-entry Red, and Galaxy Red.[10]

Despite the tight schedule under which it was organized, the Century 21 Exposition opened as scheduled on April 21, 1962. The fair was one of the most successful in history, exceeding projected attendance and even turning a profit; exit polls of attendees indicated a stunning 98.4% approval rating. The Space Needle itself, the tallest structure west of the Mississippi River at the time of its opening, was a smash hit with guests and almost immediately adopted as an icon of Seattle. It remains a popular tourist destination, with over a million visitors paying to access its observation deck every year.[11]

In the late 1990s, the Space Needle was declared a historic landmark by the Seattle City Council – the first structure to qualify in each of the six potential criteria for the title. Once built as a heady vision of a spacefaring future, it is ironically now recognized as a relic from decades past.[12] The city around the Space Needle has changed since 1962. It now enjoys the commercial diversity so intently sought by the fair’s organizers, apparently validating their efforts. The Space Needle now stands as a symbol of the bright 21st Century Seattle hoped for in 1962 – albeit not quite the way they envisioned it.[13] 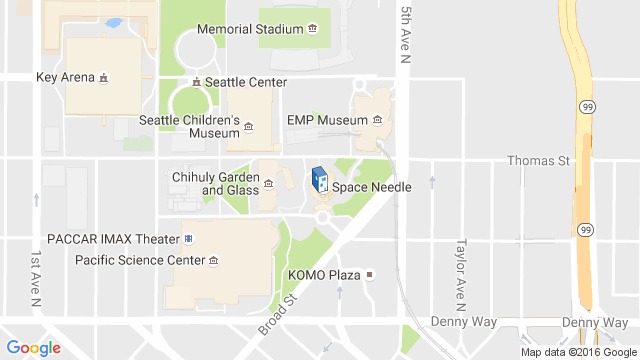 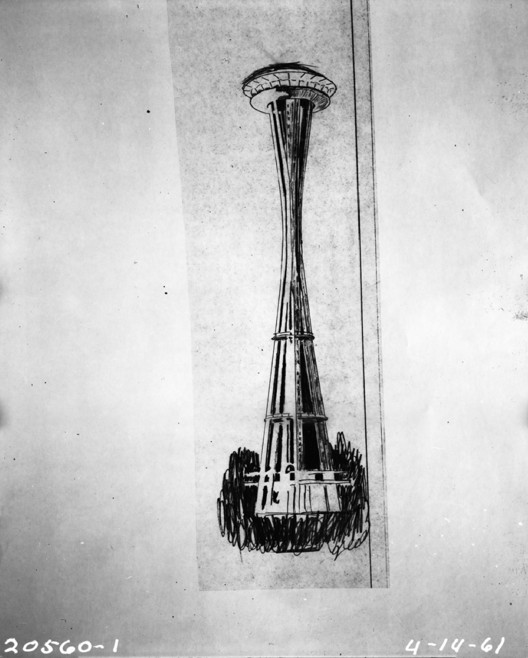