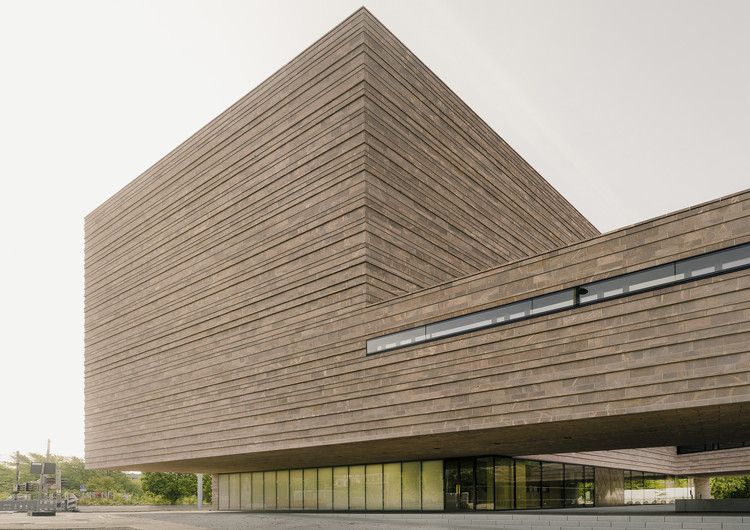 Text description provided by the architects. The consecration of the church ended the odyssey of the Leipzig parish community that has lasted over seventy years. Its permanent return to the centre of the city is manifested in the construction of the new Trinitatis church.

The new parish church is develop out of the organism of the surrounding city. It obtains its presence through its high church hall, church tower and inviting openness of the parish courtyard. In a prominent location across from the New Town Hall the Trinitatis church define a site that respectfully integrates into its surroundings and forms a clearly distinguishable edge along the city centre ring. The structure is now being put up with the ‚pouring‘ of the triangular plot of land and the concreting of the poles of the church hall and church tower on opposite sides. The parish courtyard was cut into the area between the two highpoints to create a new central meeting location. The silhouette of the new church marks the beginning of the further development of the underused neighbouring urban area.

The Trinitatis church is primarily characterised by light, space and material. With its interior height of over 14 metres, the church hall enables a transcendent spatial experience that is further intensified by the large skylight located in 22 metres high. Daylight of varying intensity falls from this along the rear wall of the altar in the church hall and defines the atmosphere of the hall. Another important element is the large ground-level church window (by artist Falk Haberkorn) that produces communication between the community and the city as if through an interactive store window. It opens and delimits the church hall at the same time while serving as a targeted opening as an interface between the world of the profane and the realm of the sacred.

The church hall is situated crosswise and creates sufficient room for the arrangement of the community in an open surrounding area whose optical and scenographic centre is the chancel. Partitions separating the community were eliminated, additionally opening the chancel as a multidimensional space usable for various forms of liturgy. Merely a gentle slope surrounds the chancel and permitting optimal visual perspectives. Across from the large cross on the rear wall of the altar (by artists Jorge Pardo) is a second cross carved into the large wall area above the gallery as a negative imprint that opens the church hall to the light of the setting sun in the west. The gallery offers room for the organ, the choir and additional pews to be set up here.

Product description. Facade made of Rochlitz porphyry. By using Rochlitz porphyry is continuing a tradition of construction of the city of Leipzig, such as with the Old Town Hall, and of the region, such as with the Benedictine Priory of the Holy Cross in Wechselburg. The horizontal layering of the various heights firmly anchors the building with the plot of land and allows it to symbolically grow out of the ground. The projections and recesses in the layering convey the rich 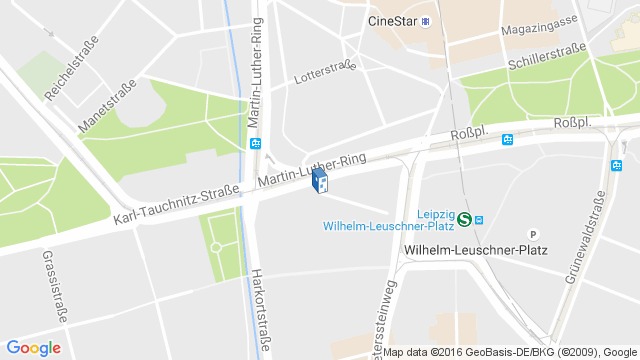