The Solomon R. Guggenheim Foundation is abandoning plans for a museum in the Finnish capital after a proposal for funding was rejected by the Helsinki City Council, 53-32.

“We are disappointed that the Helsinki City Council has decided not to allocate funds for the proposed Guggenheim Helsinki museum, in effect bringing this project to a close,” Richard Armstrong, the director of the Solomon R. Guggenheim Foundation, told the Helsinki Times.

The news comes a shortly after the Helsinki City Board voted to proceed with the scheme by a 8-7 vote, despite the project already being denied funding by Finnish Government in September.

The controversial project has been under fire from opponents since its inception. Recent figures to speak out against the project included Finnish MP and architect Anders Adlercreutz, architectural critic Jonathan Glancey, and Finnish architect Juhani Pallasmaa, who criticized the project’s “globalisation and commercialisation of art.”

The competition for the design had attracted 1,715 entries, likely making it the largest architectural competition in history. It was won by Paris-based Moreau Kusunoki Architects, whose proposal was lauded for its contextually-driven design. 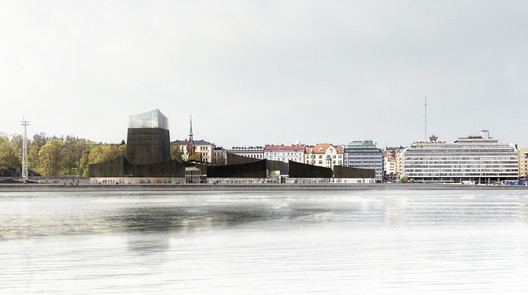