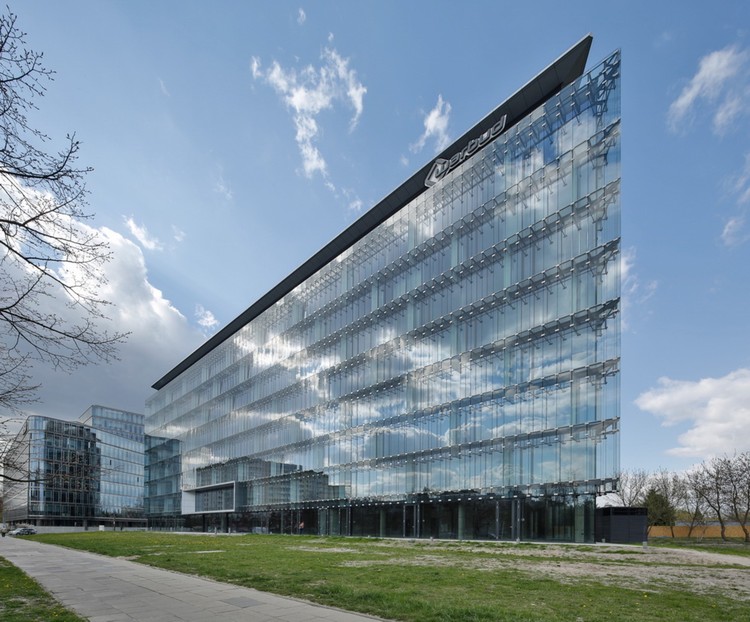 Text description provided by the architects. The outline of the building has been dictated by the road layout on the South and the West side, while both remaining elevations have been located in a way that allowed to simplify the building’s shape.

As a result of this combination a building with a rhomboid base has been born. The untypical outline of the building required a provision of  an unusual structural grid, which in that case follows a triangular modulation, with an independent structural grid for the underground part of the building (housing a car park).

Whole project follows Breeam recommendations. Advanced technologies have been employed in order to provide a highest level of building’s quality (including structural elements and finishes), a quality of office environment, energy efficiency, sustainable performance,  building’s accessibility, as well as, building’s management and maintenance during the construction stage as well as operation phase.

A great effort has been put into designing of all four elevations of Pacific building. In order to prevent accumulation of heat the East, South and West elevations have been designed using a double curtain wall system with openings on the bottom and on the top of the façade – a combination that allows for a natural circulation of the air in summer and limits the heat loss during winter period.  Technical bridges have been located between both curtain walls layers.

Proposed building’s envelope solution enabled an esthetically coherent image of external all-glazed elevations in symbiosis with building’s physics. Additionally, the possibility to open the windows from inside of the office space allows for a higher level of environmental comfort of the office space, which is extremely transparent but not fully enclosed. The North elevation which is similarly fully glazed, is turned into the proximate greenery and Warsaw’s cityscape. Elevations have been equipped with additional decorative illumination in order to highlight the depth of the façade, which results in a very attractive look, especially just after the sunset.

The extensive view can be enjoyed as well from building’s top terrace, which is accessible from both staircases equipped with glazed canopies at the last level. The accessible, open part of the terrace is intended to be a cozy, relaxing space, for this reason it has been separated from the busy Domaniewska Street and from the technical part of the terrace by horizontal louvers. A smaller landscaped terrace has been located at the first floor level. 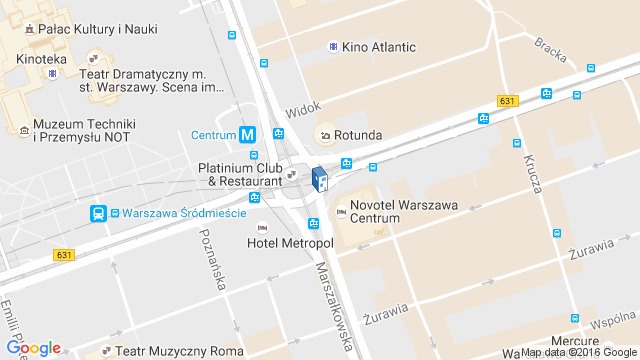