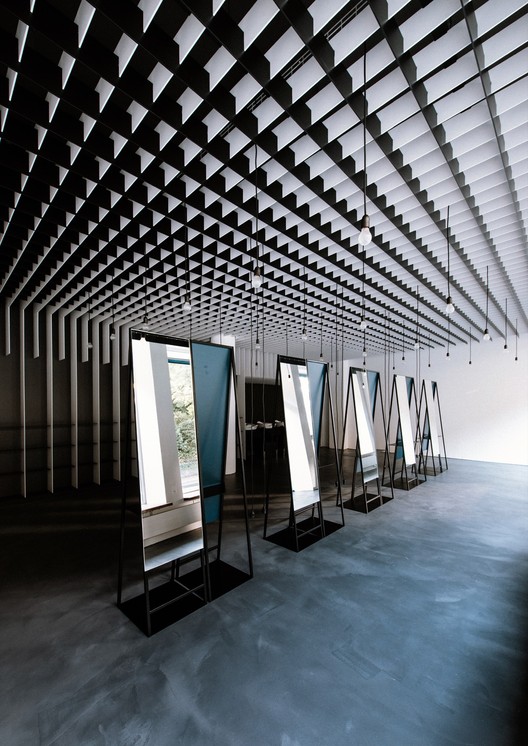 Text description provided by the architects. Tranquility and movement

We’ve been working on a art-inspired hairdressers salon interior on one of the most busy streets of Zurich. The brief said that their ambitious clients should forget about their jobs and problems once they get their hair done. It’s a highly personal and very demanding service and the atmosphere is a huge part of the experience.

There was obviously a huge difference in mood from the hectic and noisy street outside to the laidback music and the repetitive sound of high quality scissors inside. It seems that time passes in different tempi.

The quick pace of the outside can be considered distracting for what the hairdressor wants to achieve but at the same time we don’t want to neglect the surrounding since we were interested in a very specific solution. We developed a pattern that is both – unhasty and intricate at the same time. It remains interesting since it changes it appearence depending on the perspective of it’s observer. It’s the result of an elaborate series of prototypes done with a local carpenter and inspired by contemporary graphic art (like the beautiful painting by Emilie Ding) or classic modern stage designs (like Roman Clemens’ work).

The delicate wood interior was partly prefabricated using CAAD and CAM technologies but also involved a lot of handcraft. We managed to develop some refined and invisible longitudinal connections between pieces of 3mm MDF wood. Everything had to be as thin and precise as possible to not spoil the perspective effect. It took a lot of testing and developing before everything was assembled within 6 days of work. It’s more of an installation then a classic architecural approach but we believe the precision and the site-specific approach creates something very timeless here.

As a customer you spend between 1 and 3 hours in the . You move slowly inside the patterns space – so it unfolds it’s rich variations when you change direction of view. As a cardriver or pedestrian you see the ceiling kind of „transform“ while you move by rather quickly because you change the angle of view more drastically.

Since this geometric perception phenomena is the dominating spatial idea – all the other elements of the salon are stripped to their very functional minimum. The lights and the plugs hang from the ceiling. Black wires not touching neither floor nor ceiling. Nothing comes out of walls since we wanted this temporary – artgallery like space. We also designed a specific series of mirrors for the salon which always comes in symmetrical pairs. While there is the mirror on the frontside – the back serves as a table to place magazines and drinks. The existing column in the back of the space is thicker then it should be from a structural point of view. But it gives weight and centres to the whole space – it is a welcoming disturbance to all the repeating parts and emphasizes the thinness of the wooden ceiling and walls. 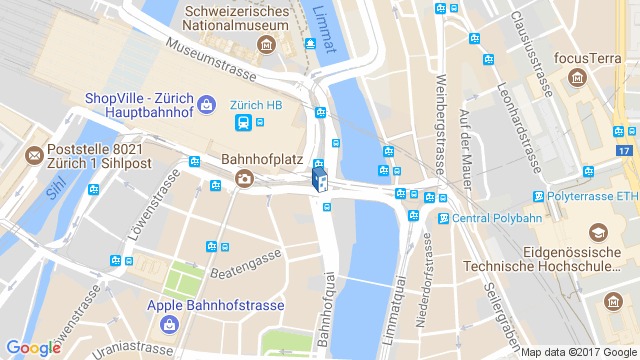