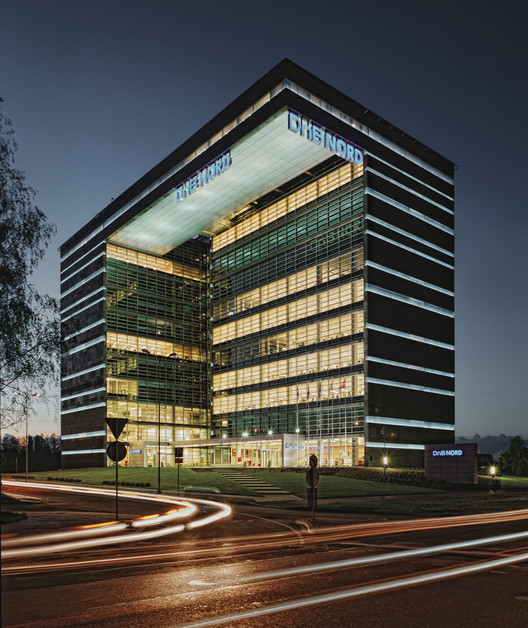 Text description provided by the architects. DnB NORD bank building is situated along Skanstes Street in a newly developed multifunction area to the north of Riga's Old Town. Bank building is the first office building in the newly shaped block and individually interpret planned urban / architectural block conception. Angular location suggested the building should be a clear boundary / corner formant of the block. But at the same time the building was created as an open, inviting and involving inside both visitors and workers .

The building consists of two separate 10 storey volumes connected by a transparent vertical communication unit. Volumes are covered by a rectangular one-storey roof slab on the top. Free area under the roof creates a new type of space. Using this space is seeking to blur the boundaries between buildings inside and outside, to create cozy surrounding and a comfortable and smooth entry way to the bank from outside space to inside space. Also, the outdoor space of Skanstes street is kind of „sucked in“ under the roof plane and in spite of the short front side of the building creates a spatial connection with main Skanstes street.

The building is accessed through the following two entrances under the roof. One entrance is set for the visitors of bank branch on the first floor, the other – to the bank's employees working in the building. Mainly bank floors are planned as open type office working spaces for the bank employees. It is also planned a dining hall, training classrooms, meeting rooms, server room, in the console roof floor - meeting rooms, exposition space. A small amount of parking places are planned in the basement, rest of the cars are planned to store in common parking building in the middle of block, which is going to be build in the future. 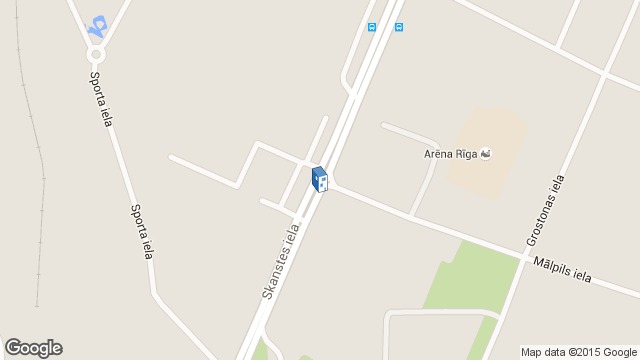 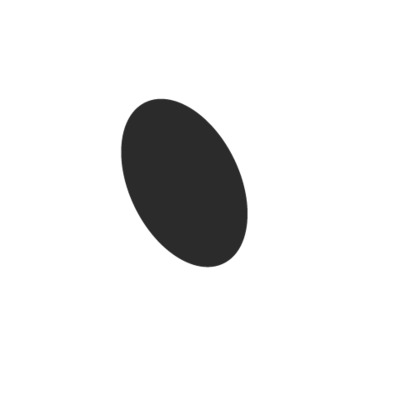